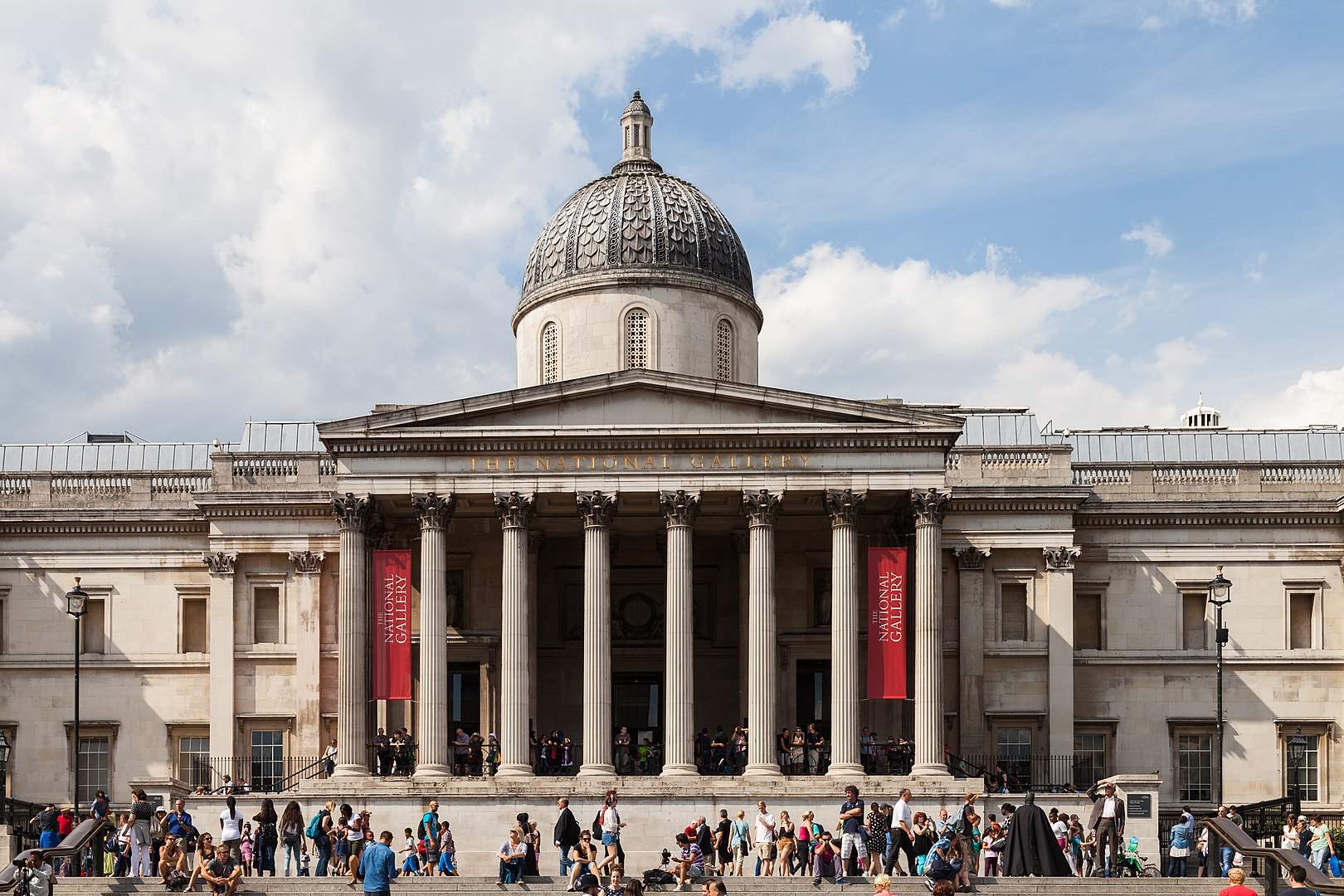 Neoclassicism was a Western artistic and cultural movement born in Rome in the middle of the 18th century. It was a movement that mainly revolved around the visual arts such as painting, sculpture, different architectural designs, and music. It arose as a need to revive the artistic styles of ancient Greece and Rome, styles that were characterized with simplicity much valued in ancient times.

The main purpose of this movement regarding architecture was to bring back the classical styles of ancient Greece and Rome. That meant incorporating more simplistic designs on the buildings as opposed to the case of excessive and “heavy” designs of the gothic and baroque architecture. So, even though it was inspired by the styles of ancient times, it’s safe to say that it brought a progressive and refreshing change into the world of architecture.

Bright colors and the lack of excess ornamentations were common characteristics for all neoclassical architecture styles. However, there were three distinct construction styles regarding the way they were constructed. Those styles were Classical block style, Temple style, and Palladian style.

The Classical block style of buildings is to this day most dominant in the US. It was characterized by symmetrical straight lines, flat roofs, and highly-notable rectangular blocks. Another interesting feature of this style is its arched windows, which can sometimes be seen in the other two styles, but it’s mostly present in the classical block style.

The Temple style is probably the most notable style out of all classical revival architecture styles. Since temples were a symbol of strength during ancient times, many buildings that hold great authority were built in this style.

Some of them have roofs in various shapes, like spheres and triangles, and some of them are flat, similar to those of the classical block style. Another feature of this style is the stairways, which can vary from small to large.

The third style of Neoclassical architecture is the Palladian style, named after the architect Andrea Palladio. Even though this style was born in the early 16th century, it still had great influence in the second half of the 1700s. This style has all the main characteristics of neoclassical architecture – symmetrical proportions,  classical forms, and simple design.

Now that we got familiarized ourselves with the Neoclassical architecture styles, let’s take a look at some of the most notable buildings from the period of Neoclassicism and read about their rich history.

Earlier we mentioned that the architectural features of the classic period were highly respected and therefore, used when constructing buildings of highly authoritative property. One of them is the White House, built at the beginning of the 19th century.

This building may not have been built during the peak of the Neoclassical period, but its features represent that period’s architectural styles. West Orange’s town hall holds governmental and legislative power, thus being responsible for keeping public records and giving the citizens of West Orange government-related services and information.

One of the most important Finnish buildings is the Senate Square Cathedral in Helsinki. It’s an Evangelical Lutheran cathedral built in the middle of the 19th century in honor of Emperor Nicholas I of Russia. Aside from being a frequent tourist attraction, it also serves as a place for social events.

Located in the Palace of Versailles, this 18th-century chateau had been home to many famous French monarchs throughout history. First, it was built for Madame de Pompadour, the mistress of King Lous XV. After her death, it was owned by Madame du Barry, and finally, by Queen Marie Antoinette. Before it was converted into a museum in her honor, it also served as a hostel during the French Revolution.

The famous art gallery that we know today has been open to the public since 1824. Before permanently being set on Trafalgar Square, it started as an art exhibition gallery under the temporary management of the art dealer and painter William Seguier. It was located in Pall Mall and it held 38 paintings. Now, with over 2000 artworks on display, it’s one of the most frequently visited attractions by tourists in London.

Also known as The Philadelphia Museum of Art, this museum was opened to the public in the early 20th century as both an industrial art gallery and school that offered educational programs for the public. It has a rich history in terms of displayed objects as many people used to donate everything to the museum, like paintings, books, and even jewelry.

Now the educational facility is separated from the museum, but it is still a highly-regarded place as it holds over 200,000 art objects originating from the Eastern and the Western world.

The Pantheon, whose name means “a temple for the gods”, is a well-known place of Christian worship in Paris. When its construction began in mid 18th century, it began with the intention of serving as a praying place honoring Saint Genevieve, Paris’ patroness saint as it was believed that she helped King Luis XV recover from his illness.

However, the didn’t always serve that purpose. Towards the end of the 18th century, it served as the final resting place for many influential people of that time like the President of the Constituent Assembly Honore Gabriel Riqueti Comte de Mirabeau and the writers Francois-Marie Arouet de Voltaire and Jean-Jacques Rousseau.

Dundurn Castle was built in 1835 in Hamilton, Canada. Before it became a historic site that is now frequently visited by children on their school trips, it used to be the home to the politician Sir Allan MacNab and his family. It’s situated in Dundurn Park which is also the location of the Hamilton Military Museum.

This is certainly a unique structure with a unique name that breathes luxury. The name ‘kurhaus’ literally means ‘cure house’, so it was originally meant to serve as a spa place. It was built in the early 20th century and since then it’s been holding various facilities like a restaurant, a boating pond, and even a beer garden.

Another interesting fact about this building is that it also has a casino that is believed to have inspired the great Russian writer Fyodor Dostoyevski to use it in his novel ‘The Gambler’.

Speaking of casinos, here is another one. The difference is that this one wasn’t an actual casino like the ones we know today. The name ‘casino’ is, actually, a diminutive form of the Italian word for house, ‘casa’. Aside from now being a tourist attraction, this ‘little house’ located in Dublin was once home to James Caulfeild, the 1st Earl of Charlemont.

Even though the Bank of England wasn’t established as an independent organization until the end of the 1980s, its roots date back to the late 17th century, making it the eighth oldest bank in the world.

This establishment is a manor owned by the Curzon family whose roots go back to the period of the famous Battle of Hastings, 1066. After it had been under complete ownership of the family for nine centuries, the great expenses made the family make a deal with the National Trust to take some of the financial burdens. Members of the Curzon family still live at the manor.

The story of one of the greatest libraries that we know today began in the 19th century, envisioned by governor Samuel J. Tilden to create a library that would be more open to the public. While there were already two libraries in New York (Astor and Lenox libraries), due to their poor finances, a plan was devised to combine their resources and create The New York Public Library.

Another library with an even richer history than the one in New York. What’s important for this library is that it was the first large and free municipal library in the U0S, established in the middle of the 19th century.

Since the United States was politically influenced by France at that time, it was inevitable that it influenced other areas of American lives. A French ventriloquist by the name of M. Nicholas Marie Alexandre Vattemare initiated the idea of a library in Boston for American and French libraries to be able to exchange books. That’s when the story of the Boston Public Library begins.

This is a museum with great historical background and many names. Before this late 18th-century museum got the current name, it was first named the Museum of Natural History by King Charles III, then his grandson King Ferdinand VII named it the Royal Museum of Paintings and Sculptures, only for the name ‘royal’ to be soon changed into ‘national’. Finally, when the museum was opened to the public, it became known as the Museo Nacional del Prado.