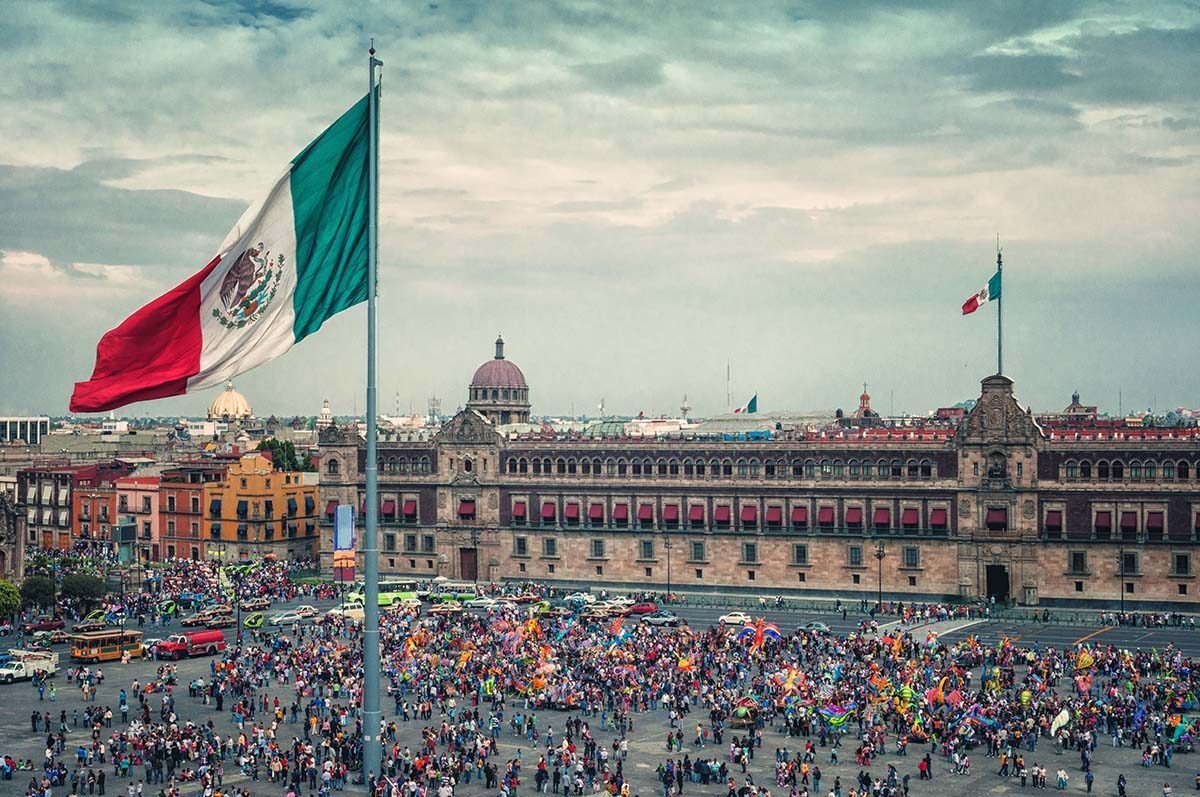 Mexico has a rich, colorful, and vibrant culture. They are influenced by ancient civilizations such as the Aztec and Maya, but also by European colonization. Mexico culture facts bring unique and some of the most fascinating cultures in the world.

The tradition and customs of Mexican people are diverse. Proud of their native heritage, Mexican still follow cultural practices and celebrations.

To this day, you can find many indigenous groups including the Nathuas, Otomis, Mayas, Tzotziles, Tzeltales, and many more.

Music and dance are huge parts of Mexican culture. For example, Mariachi music dates back to the 18th century. The traditional mariachi band consists of 5 musicians wearing charro suits. You have probably heard the song La Cucaracha, which translates to the cockroach.

Folk dancing is also common. Festivals and fiestas are an important part of Mexican culture. They are celebrated even in the smallest villages. You might have seen the Jarabe Tapatio, which is the Mexican hat dance. It is Mexico’s national dance celebrating courtship. Dancing is performed around a sombrero.

With that in mind, here are some Mexican cultural facts.

A lot of people believe that Mexico Independence Day is on May 5th. But that is not true. It is celebrated on September 16 and celebrations begin on the eve of the holiday with the Grito, a ceremony commemorating the Shout of Dolores in 1810.

Day of the Dead

Another important festival is the Day of the Dead, celebrated on the 1st and 2nd of November. During the festival, offerings are made to the souls of ancestors. Mexican people build shrines in homes to honor departed relatives.

Feast of Our Lady of Guadalupe

The religious festival, held on December 12, is held in honor of Mary, the Virgin of Guadalupe. Catholics make a pilgrimage to the Basilica of Guadalupe in Mexico City.

There, they see the image of Mary. This festival is the most important religious holiday in Mexico.

Mexico’s main holiday is a deeply religious festival celebrating the resurrection of Christ. Translating to Holy Week, you can see many pilgrimages and processions all over the country.

How To Greet People In Mexico?

Heartfelt greetings are a strong part of Mexican culture. It is important to say hello to each individual when you arrive at a place. But it is also important to say goodbye. Men greet each other with a friendly handshake or hug.

When greeting a woman, a quick kiss on the cheek is customary.

Mexico is proud to present a vast array of diverse cultures and languages. There are 15.7 million Indigenous people living in Mexico. That makes up almost 15% of the entire Mexican population.

They speak 68 different languages. There might be more, but only 68 are officially recognized by the Mexican government.

Music For The Ears

You cannot visit Mexico without enjoying the energetic beats of a true Mariachi band. These bands serenade your evenings. They produce beautiful sounds and lively entertainment, which is an integral part of Mexican culture.

A mariachi band is also part of the Intangible Cultural Heritage of Humanity according to UNESCO.

When you think of Mexico you rarely think of the movie industry. But here are some Mexican cultural facts for you. Since the early days of the film industry, there have been Mexican filmmakers creating cinematic works.

The golden age for Mexican cinema was in the 1940s when Mexico became the largest exporter of Spanish language films in the world.

Do you know any Mexican actor? How about Guillermo del Toro? Alfonso Cuaron? Or Alejandro Gonzalez Inarritu?

Renowned for its rich flavor, wide variety, and fresh ingredients, Mexican cuisine is among the best in the world. The cuisine varies from one region to another, but the common ingredients include avocado, beans, maize, tomato, squash, and chili. They form the basis of the Pre-Columbian diet.

Maize, the staple Mexican food, can be prepared in different ways, from soft corn tortillas to dumpling-like tamales.

Mexico might not have pyramids like Egypt, but the country has some interesting structures. Mexico is home to many ancient ruins, including two of the largest pyramids in the world.

Those are the Kukulkan Castle in Chichen Itza or also known as the Quetzalcoatl Pyramid, and the Pyramid of the Sun in Teotihuacan. Both are near Mexico City.

Mexico is a popular sports country. Pre-Columbian times, the Ball Game was played as a ritual to honor the Gods. Sport has been an integral part of Mexican life.

Today, the most popular sport is soccer, which is the national pastime. Other sports include American Football, baseball, and basketball.

Humor Is a Central Part of The Culture

Mexicans are known as easy-going people. They love laughter. They find time to smile even in difficult times. Mexican people have developed a unique sense of humor that is sharply satirical and often dark. Mexican humor is full of clever double entendres, which people in Mexico call “albur”.

In Mexico, the Christmas season lasts until January. Christmas in Mexico is not just December 24th and December 25th.

Mexicans celebrate the Posadas from December 16th until the 24th, which is a nightly celebration celebrating the journey to Bethlehem before the birth of Jesus. People say prayers, eat fruits, drink punch, watch nativity plays, and of course, break the Pinata.

January 6th marks the end of the season with the celebration of Three Kings Day, a holiday where Three Wise Men are said to bring gifts to children.

Mexico is home to 34 of the United Nations Educational, Scientific, and Cultural world heritage sites. 26 of those are owed entirely to the distinct Mexican culture, 6 to its natural beauty, and 2 are a mixture of the two.

Some of the UNESCO World Heritage Sites include Agave Landscape, Ancient Industrial Facilities of Tequila, Pre-Hispanic City, National Park of Palenque, and many more.

The Seven Wonders of the World

Mexico is home to one of the new seven wonders of the world. Chichen Itza has more than 2.6 million visitors per year. This ancient Mayan archeological site stands in awe of its rich history and obvious magnificence.