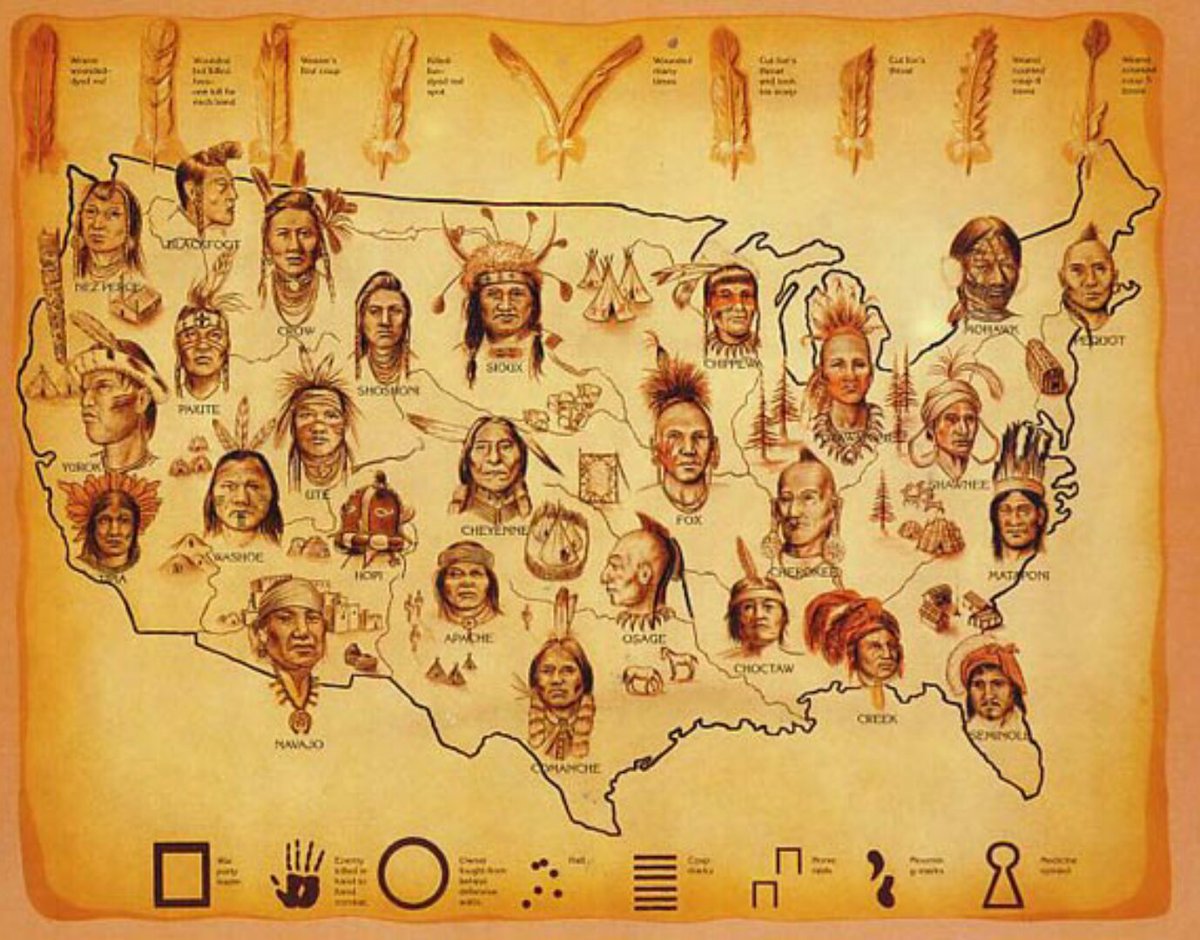 Native Americans are also called American Indian, Amerindian, Amerind, aboriginal American, or First Nation Person. They are members of any of the aboriginal people of the Western Hemisphere. The term refers mainly to people whose original territories were in present-day Canada and the United States. How many Native American cultural facts do you know?

Culturally, the indigenous people of the Americas are usually recognized as constituting two groups, American Indians and the Arctic people.

We will try to explain the different cultural areas of Native Americans, and then talk more about cultural facts.

Thousands of years before Christopher Columbus landed in the Bahamas, a different group of people discovered America. They were the nomadic ancestors of modern Native Americans who hiked over a land bridge from Asia to what is now Alaska. That happened more than 12,000 years ago.

By the time European adventurers arrived on US soil in the 15th century, more than 50 million people were already living in the Americas. Of those, almost 10 million lived in the area that is now called the United States of America.

Anthropologists and geographers have divided these Native Americans into different cultural areas. Here is a quick breakdown.

Now that we talked about different cultural areas, let’s see some of the Native American facts and traditions that have remained to this day.

The name was given among the tribes, and those who were named Medicine Man are at the vital top of the cultural heritage. They were also known as Holy Men, medical men, Mayan shamans, and more. This guy is a symbol of many traditions and has the equivalent status of a priest. Medical men were therapists and practiced different rituals in Native American history.

Speaking about Native American beliefs, we have to mention the totem animal. They believed every human being was influenced and inherited the power of an animal. Totem animals included an eagle, wolf, bear, and more.

During life in tribes, totem animals were the most important source of inspiration and determined the character of a tribe.

Traditional foods in the US differ from one region to another. But the frybread, a traditional Navajo recipe is common among many indigenous people.

It is a large, fluffy, plate-size piece of fried dough. Modern dieticians and nutritionists blast the bread because it is not nutritionally healthy.

Native American celebration was symbolized by grand ritual dances. Modern examples can be seen during the Pow Wow festivals. Male and female tribal members were involved in dancing.

Some of the events included winning a battle. Dancing played a huge role in tribal life.

We have to mention one celebration that has remained popular to this day. Pow Wows began as a way for nations to come together and celebrate success in hunting or battle. Today, they are a way to reconnect to culture, tradition, and family.

Here is another tradition linked with dancing. The stomp dance is a tradition practiced by Eastern Woodland and Southeastern tribes. This dance takes place during the height of the crop season.

Practiced on stomp ground around a fire, it is called stomp dance because the pattern of movement is a stomp and shuffle in a circle

There is quite a lot of symbolism in this Native American tradition. The fire in the center, for example, represents the light of the sun.

Among the many Native American traditions and Native American customs, we have to mention one that comes from Navajo beliefs. The art originated from when the Holy People ordered the tribe to produce works of art using natural materials.

So, the Navajo people made paintings on a flat base using sand for many different uses. Later on, it became an Indian tradition. The images from sand paintings can be seen in Navajo mythology.

So, every morning, they would thank the Master of Life for their life donated to them. The belief in the blessed circle symbolizes the Earth’s rotation directive.

Returning to Native American dancing rituals, drum circles were quite common in ceremonies. The rhythmic beat of the drum represents the heartbeat of Mother Earth.

Native American people believed that the beating of the drum is a uniting force that would bring people together.

These dolls represent the spirit of Hopi. They were prepared as gifts for tribal children. Every Kachina Doll has a different meaning and significance.

The dumplings have a sweet taste that is reminiscent of home for many Native Americans.

We cannot talk about Native American customs without mentioning the dream catcher. The talisman was created by Ojibwe to teach the wisdom of nature.

They were knitted from natural materials, including feathers and threads. According to Native American tradition, the night air was full of dreams. So, the symbol helped good dreams find their way.

Each tribe had its own view on leadership. Patriarchy was the dominant leadership way, but not the prevailing one. Some tribes were matriarchal, placing important significance on the roles of women. Mother Earth is regarded as sacred.