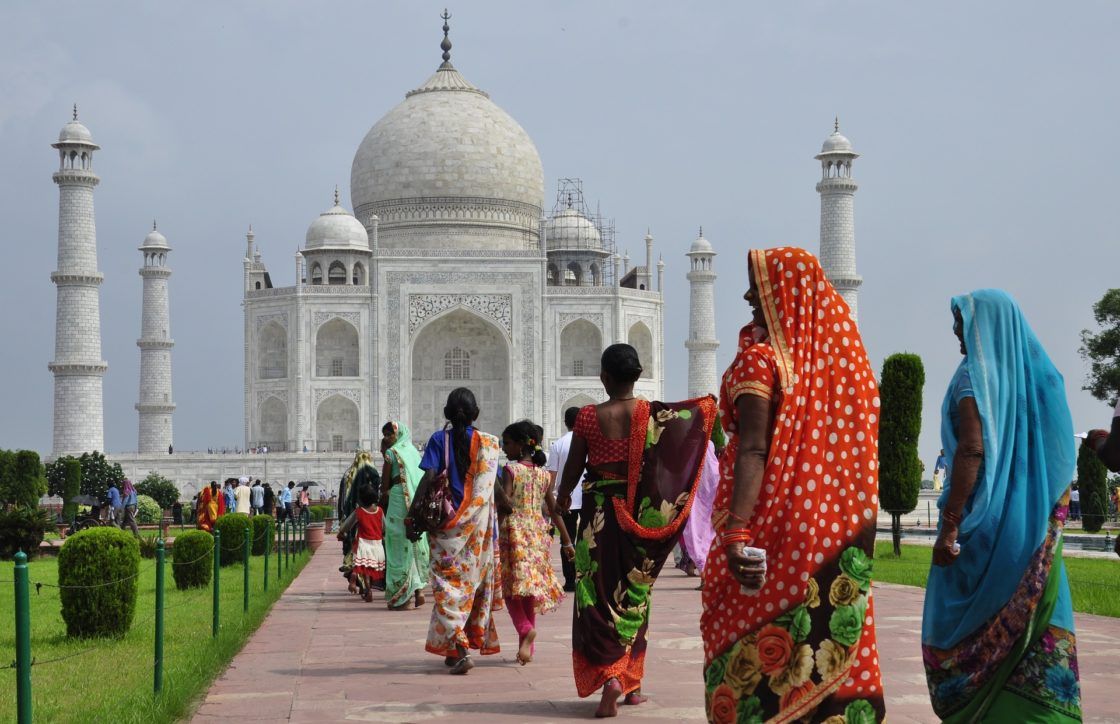 Indian culture is the heritage of social norms, traditional customs, religious belief systems, political systems, and many more originating or associated with the diverse Indian subcontinent. We use the term for things beyond India, including histories connected to India by immigration, colonization, or influence. Indian culture has been influenced by a history that is several millennia old.

Indian Culture began with the Indus Valley civilization in the early days of human history. Many elements, including Indian religions, philosophy, cuisine, dance, music, and movies have an impact across Greater India and the world.

Today, we will look at some common Indian Culture facts. It will help you understand how to communicate with people from India and show respect and honor to Indian society.

The most common daily greeting in India is “namaste”. It is something we use nowadays in the modern world when we begin yoga classes or end yoga classes. To do this greeting, simply place your hands together at the heart and bow a little.

In Sanskrit, the word “namaste” means “the divine in me bows to the divine in you”. You can use the greeting for both hello and goodbye.

Namaste can be used at any time and with anyone.

Speaking of worship and praise, we have to mention the Hindu religious ritual of worship. Aarti is part of puja, a ceremony that includes fire, songs in praise of the worshiped, music, flowers, and more.

The purpose of Aarti is to show humility and gratitude to God’s divine form.

What Is The Language In India?

One of the common misconceptions about India is that the majority of the people speak Hindi. Yes, many people use that language, but 59% of Indian people speak something other than Hindi. Those languages include Marathi, Tamil, Urdu, Bengali, and Telugu.

If you ever go to India, or you have Indian friends, do not forget about Diwali. It is the largest and most important holiday in India and Hindu tradition.

The five-day festival is also famous as the festival of lights. Why? The lights lit during the celebration symbolize the inner light that protects people from spiritual darkness.

The country celebrates three other important dates. The first one is Republic Day on January 26, the second is Independence Day on August 15, and Mahatma Gandhi day, or his birthday on October 2.

Hindu culture traditionally placed women on a high pedestal, even revering them as goddesses. Yet, the treatment of girls and women in today’s India has been anything but respectful. According to government data, a woman is raped every 20 minutes in India. And the practice of dowry and female infanticide is still widely prevalent.

People in India have an appreciation for animals. They worship several of them. For example, the cow is considered a sacred animal for Hindu people. Hindus make up more than 80% of the population in India.

No, Hindus do not consider the cow to be God. We have to mention that in the Hindu religion, the cow animal is related to several deities. For example, Krishna, the cowherd god, or Shia, who rides his bull Nandi.

There is also an economic reason for the poor people in India to use various cow products, curd, butter, ghee, milk, and more rather than just meat. India is considered a developing nation. While the economy is growing, there are still 84 million people living in extreme poverty. That makes up to 6% of the country’s population.

India is home to between 50% and 60% of all wild elephants in Asia, and some 20% of the domesticated elephants.

The country is of paramount importance for the survival of elephants. In India, the elephant plays a central role in life. They are closely related to religious and cultural heritage.

There are challenges, like the growing human population. This threatens the elephant’s habitat. Another challenge is illegal encroachment into protected areas and forest clearing for food production. The country has some of the strictest elephant legislation in Asia, providing protection for more than 3,600 domesticated elephants.

This is one of the biggest misconceptions about India. The big myth is that India is a largely vegetarian country. Yes, according to surveys and statistics, more than one-third of Indians do not eat meat.

But experts believe that is because of cultural and political pressure, as well as poverty and economic situation.

While many Hindus are vegetarian people, lamb and chicken are also common in main dishes. According to The Guardian, between 20% and 40% of the population is vegetarian.

Speaking about eating and Indian food manners, we have to mention how do they eat. In India, it is customary to eat food with fingers or bread as utensils. There is a wide array of bread served with meals, including naan, which is a leavened, oven-baked flatbread. Another bread is bhatoora, a fried, fluffy flatbread common in North India.

Another interesting moment is that if you ever go to an Indian restaurant, you should not order a main meal. Instead, order a couple of meals and share food with your friends. It is better to try a little bit of everything than to have a main dish.

Fasting Is A Way Of Life

Fasting is an integral part of Hinduism. It doesn’t mean that the body has to go without food for a long period of time. In India, fasting sometimes refers to eliminating certain types of food and replacing them with others. And do that without restricting quantity.

Fasting comes from Indian history and culture. Mahatma Gandhi was a supporter of fasting due to his religious convictions. Gandhi saw fasting as a way to free oneself from bodily constraints.

Clothing in India is closely identified with the colorful silk sari worn by many women. While the sari is traditional Indian clothing for women, the dhoti is the one for men. It is an unstitched piece of cloth usually tied around the waist and legs.

Men in India also wear a kurta, a loose skirt worn about knee-length. For special occasions, Indian men wear sherwani or achkan, a long coat with a collar having no lapel.

Unlike in the Western world, you cannot get married on any random day in India. Families reach out to priests and astrologers to find an appropriate and auspicious date for the wedding.

And you cannot get married to someone just because you love them. Hindu families check the horoscopes of the bride and groom and see if they are compatible. The traditional Hindu wedding lasts for many hours with multiple ceremonies that happen before the main wedding ritual.

Symbols Of A Married Woman

If you have watched any Indian movie or Indian television show, or some of those Bollywood productions, you have probably seen the ornamental dot on the forehead of Indian women. Called Bindi, it is a traditional symbol of a Hindu married woman.

These dots, as well as bangles and sindoor (vermillion powder), are symbols that carry some physiological significance as well.

Sindoor consists of turmeric-lime and metal mercury. It helps control blood pressure and activate sexual drive. For this reason, widows are not allowed to apply sindoor.

Also called henna, Mendhi is a tattoo-like decoration often worn by women at weddings and festivals. The paste is made from henna leaves and oil ground into a paste.

As the design dries, it turns red.

Let’s finish off the list of Indian culture facts with Ganesh, the elephant-headed god of wisdom and learning. He is one of the most important figures in Indian culture and Indian history. Also called the remover of obstacles, Ganesh is a central figure in Indian everyday life.

It is customary to begin cultural events calling on Ganesh. And if you are ever in India, you should visit a Hindu temple dedicated to God.