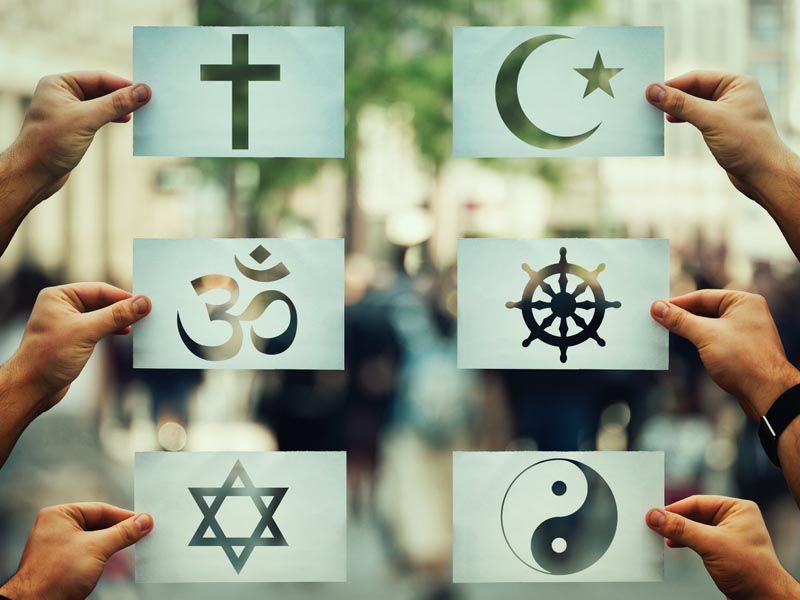 Religion has played a role in human civilization since the early days. From prehistoric to modern times, religion has been part of daily life. We only know about written history, but the bulk of human religious experience pre-dates written history. Today, we will talk about some of the oldest religions in the world. They exist to this day, even though they are ancient religions.

What Is The Ancient Era?

Then came the Ancient Era, starting with the Proto-Semitic era emerging in the Arabian Peninsula. During this period, history saw the rise of culture in Mesopotamia, Egypt, Ethiopia, and the eastern shore of the Mediterranean.

Between 3300 and 1300 BC, extent and major sites in the Indus Valley civilization, a Bronze Age civilization.

The period around 2560 BC is the accepted period as the completion of the Great Pyramid of Giza, the oldest pyramid of the Giza Plateau.

Between 2494 BC and 2345 BC, we accept as the period of the oldest surviving religious texts, the Pyramid texts, composed in Ancient Egypt.

The period between 2150 BC and 2000 BC is the period of the early surviving versions of the Sumerian Epic of Gilgamesh.

With that in mind, now that we have defined the early period of ancient civilization, let’s take a look at some of the ancient religions.

Globally accepted as the oldest religion in the world, Hinduism has roots and customs dating back more than 4,000 years.

Today, Hinduism has more than 900 million followers, making it the third-largest religion behind Christianity and Islam. More than 95% of Hindu people live in India.

The religion has no specific founder, making it hard to trace its origins and history. Hinduism religious beliefs and Hinduism concept embrace many religious ideas, making it more of a “way of life” than a single religion. Many scholars consider Hinduism a family of religions, not a single and organized religion.

The ancient Indo-Iranian religion dates back to the 2nd millennium BCE. It emerged in its current version from the teachings of the prophet Zoroaster (Zarathustra). Historians believe he lived at some point between the 10th and 6th centuries BCE.

Zoroastrianism is influential in the development of Abrahamic tradition. This religion was the state religion of various Persian empires until the Muslim conquest of the 7th century CE.

Today, it survives in various parts of Iran, India, and Iraq. Some 200,000 people still follow it.

Many believe it to be a precursor to the Zoroastrian faith. People who follow this religion reconcile the existence of Abrahamic prophets with a doctrine of reincarnation.

According to their belief system, the world is defended from evil by seven angels.

This is the foundation for all other Abrahamic religions and the oldest monotheism still around. No, it is not the first monotheism.

Judaism is believed to be a variation of ancient Egyptian faith called Atenism which disappeared in the late 14th century BCE.

Originating in the kingdoms of Israel and Judah, it first appeared around the 9th century BCE. It evolved from the worship of a state god based in a polytheistic worldview into a religion of one true God, codified in the Bible.

Today, between 11 and 14 million people follow Judaism. The two successor faiths, Christianity and Islam, are the world’s most popular religions.

At one point, Jainism was the dominant religion on the Indian subcontinent. That was before the rise of reform Hinduism.

Followers believe in the Tirthankaras, omniscient preachers of the Jain path. The last two Tirthankaras are actually historical figures. Those are Parshvanatha, 8th century BCE, and Mahavira.

The problem with this ancient religion is that archaeological evidence dates back only to the second century BCE.

Confucianism can be traced to a single man, the Chinese politician, teacher, and philosopher Confucius. He lived from 551 to 479 BCE. Today, Confucianism remains the dominant philosophy and religion in China.

Many believe this to be the most humanistic and least spiritual religion in the world. Confucianism provides a supernatural worldview, incorporating Heaven, the Lord on High, and divination.

To this day, Confucianism has deep roots in Chinese culture.

Similar to Confucianism, Buddhism can be traced to a single person. The old religion has a fairly clear history, beginning with a single man, Siddhartha Gautama, known as Buddha.

Based on history from the Indian subcontinent, he was the founder and leader of his own monastic order. It was one of the many sects, known as Sramana that existed across the region at the time.

Shortly after his death, his teachings began to be codified. To this day, more than 400 million people follow his teachings in one way or another.

We can trace this religion to a work attributed to the mythical Laozi. Some scholars believe has was a contemporary of Confucius. Tao TeChing was a person whose oldest recorded edition dates back to the 4th century BCE.

The religion evolved from traditional Chinese folk religion. Taoism mentions masters and teachings from long before it was codified. For example, it mentions the god-like Yellow Emperor who reigned from 2697 BCE to 2597 BCE.

While it was not codified until 712 CE in response to contact with mainland religions, Shintoism is a direct descendant of the animistic folk religion of the Yayoi. Their culture spread from the north of Kyushu to the rest of Japan from the 3rd century BCE onward.

Today, it is a unified account of ancient Japanese mythology. While a vast majority of the Japanese population follow it, only a small identify it as an organized religion.

At that point, the Roman Empire became the Holy Roman Empire, and the capital was relocated from Rome to Constantinople, formerly Byzantium and now Istanbul.

The Orthodox Church split away from the Roman Catholic Church and the Pope in 1054 CE because of political and doctrinal differences.

Similar to early Christianity, Islam rose from Judaism. It arose in the early seventh century CE in the settled desert community of Mecca, in present-day Saudi Arabia. Islam developed from Judeo-Christian tradition and the cultural values of the nomadic Bedouin tribes of Arabia.

It expanded into areas controlled by the Byzantine Empire and the Sassanian Empire. As the religion expanded, the new Islamic societies adapted and synthesized many of the customs they encountered.

Egyptian religion was similar to Mesopotamian religious belief. But there were some differences. For example, the Egyptian religion believed human beings were co-workers with the gods to maintain order. The principle of harmony was of the highest importance in Egyptian life and in the afterlife.

The religion was fully integrated into every aspect of existence. Ancient Egyptian religion was a combination of magic, mythology, science, medicine, spiritualism, herbology, and the modern understanding of religion.

This religion is quite different than many other ancient religions. One of the key differences is ancient Greek believed in many gods, not in a single God.

Greek religion was the dominant religion of the ancient Hellenes. It is not the same as Greek mythology, which is concerned with traditional tales. But the two are closely interlinked.

Greek religion in its development form lasted more than a thousand years. We can trace it back to the time of Homer. During its successful period, ancient Greek religion spread as far as Spain to the west and to the Indus River to the east.

Greek believed that Greek gods existed and they had to perform rituals and sacrifices in the name of Gods. To deny the existence of a deity was to risk reprisals.

Roman religion, sometimes called Roman mythology, was the religious beliefs and religious practices of the inhabitants of the Italian peninsula from ancient times until the ascendancy of Christianity in the 4th century.

The Romans excelled above all other people in their unique wisdom. It made them realize that everything is subordinate to the rule and direction of the gods.

The difference here is that Roman religion was not based on divine grace. Instead, it was based on mutual trust between God and man. The object of the religion was to secure the cooperation and peace of the gods.

Romans had the same number of deities as the Greeks. They believed in 12 Gods and Goddesses, all in different fields of interest.