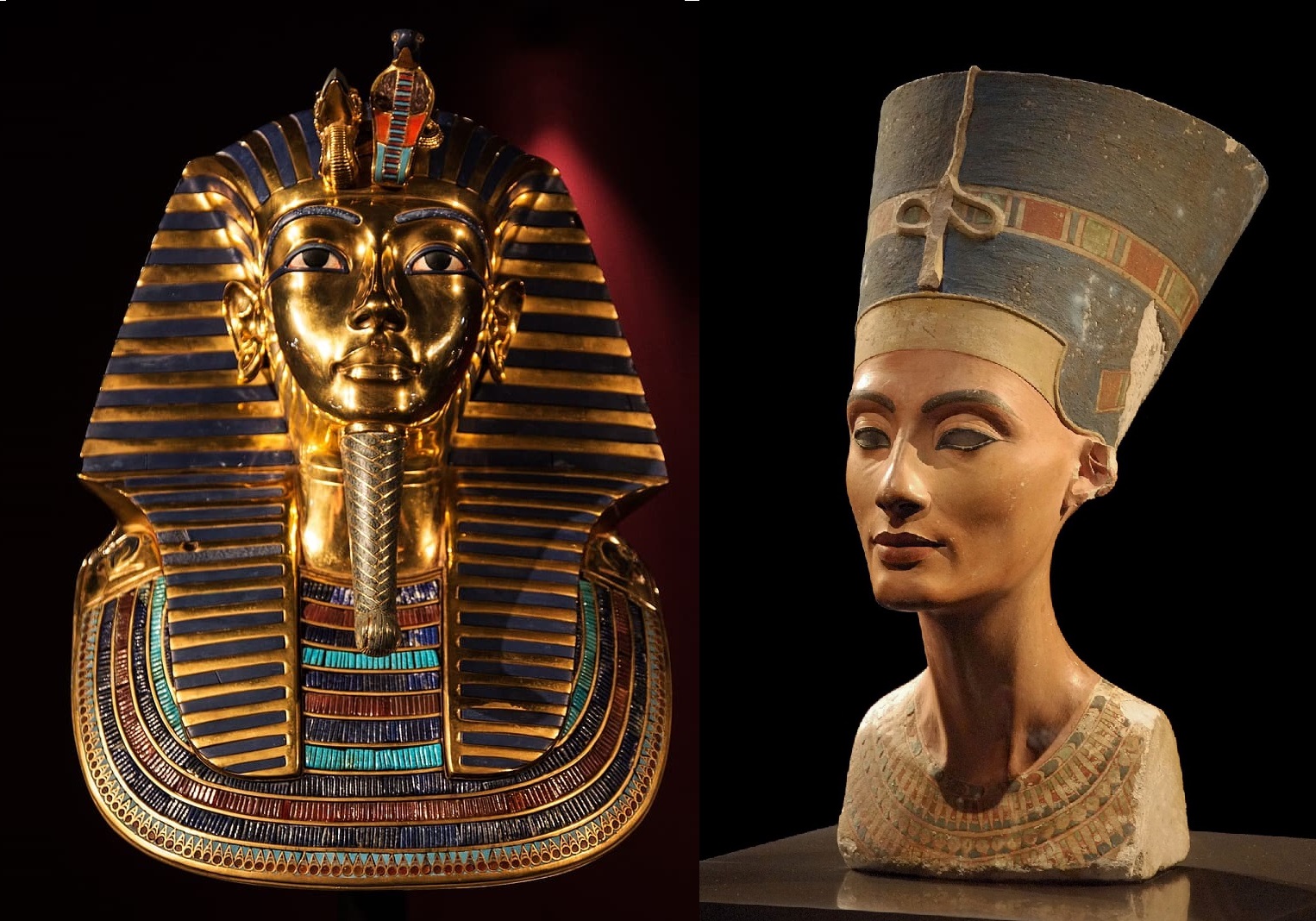 For more than 4,000 years, ancient Egyptian civilization created some of the most enchanting and beautiful artifacts in the world. We admire cities from that period to this day.

During the period of ancient Egypt, the sense of artistic design was affected by the people’s profound reverence for the Gods and Holy Pharaohs. Most of the ancient Egyptian artifacts on this list tell the story of the elite upper class.

Egypt played an important role in civilization and history. For the past several years, archeologists have searched and wondered across Egypt to find hidden treasures.

We will look at some of the most notable ancient Egyptian artifacts. But first, let’s talk about what constitutes an artifact. Here are some examples.

Let’s talk about some of the notable artifacts found in Egypt. These artifacts tell the story and history of one of the oldest civilizations in the world.

The mask is made from 21lb of solid gold.

Here is another gold funerary mask from ancient Egypt. Amenemope was a pharaoh of the 21st dynasty. He was also the son and successor of Psusenens I.

His mask if made of gold and cartonnage. His mask can be found at the Museum of Egyptian Antiquities.

Some call it the Palette of Narmer, others Narmer Palette. In any case, it is the first historical document in the world.

It dates back to the 31st century BCE and holds some of the earliest hieroglyphic engravings ever found. Many believe the palette portrays King Narmer’s unification of Upper and Lower Egypt.

Mummy Mask of Psusennes I

Here is another mask of Egyptian pharaohs. Professor Pierre Montet, a French Egyptologist, discovered the tomb in Tanis in 1940.

But because of the moisture in the ground in Lower Egypt, most of the wooden objects had disintegrated. The mask, however, survived. It is made of gold and lapis lazuli, a deep blue semi-precious stone.

It is considered a masterpiece of the treasures of Tanis.

Khufu was an ancient Egyptian pharaoh of the first dynasty. He was the builder of the Great Pyramid of Giza. Khufu ruled for 63 years. His statue, also known as Ivory Figurine of Khufu was discovered in 1903 by Flinders Petrie.

Flinders discovered the statue during an excavation in Abydos. It is considered a major historical and archeological artifact. Yet, it is only pocket-sized in stature.

Unlike his statue, the Khufu ship is a full-size solar barque from ancient Egypt. It was sealed into a pit around 2500 BC during the Fourth Dynasty of the Old Kingdom of Egypt.

Like many other ancient Egyptian ships, it was part of the extensive grave goods intended for use in the afterlife.

The ship is one of the oldest, largest, and best-preserved vessels from antiquity. The ship is 142 feet long and 19 feet wide. Many describe it as a masterpiece of woodcraft. It can sail today if put into a lake or a river.

Khafre, Khefren, or Chephren, are all names given to the ancient Egyptian pharaoh of the fourth dynasty. He was the son of Khufu and the builder of the pyramid of Khafra at Giza.

We do not know much about Khafre. Some historians believe he reigned for 26 years. Some even say the Great Sphinx of Giza was built for him. His statue is made of diorite.

Made of greywacke, the statue represents Menkaure, an ancient Egyptian pharaoh, and king of the 4th dynasty. He was the son of Khafra and the grandson of Khufu.

He was also a builder of the smallest pyramid in Giza. His statue is made of greywacke, a grey earthy rock famous for its hardness and dark color.

Famous because it shows the first mention of Israel. Some call it the Victory Stele of Merneptah or Israel Stele. It is an engraving by the ancient Egyptian king Merneptah, the fourth ruler of the 19th dynasty.

There are many canopic jars found in ancient Egypt. These were used during the mummification process to preserve the internal organs removed from the dead body. Each had a lid depicted one of the four sons of Horus, as guardians of the organs.

This artifact dates back to the time of Pharaoh Ptolemy V. It showcases the law that confers the right kingship. The irregularly shaped stone contains fragments of passages written in three different writing systems. One is Greek, another is Egyptian hieroglyphics, and then the last one is Egyptian demotic.

This stone was instrumental in deciphering the riddle of Hieroglyphics in 1800 AD for the first time in 2000 years.

To this day, it is considered one of the finest examples of ancient Egyptian sculpture. Nefertiti was a famous Egyptian queen. She had a major influence on culture and religion in ancient Egypt.

The limestone bust is a pure depiction of the enchanting beauty, including the unique crown she is wearing.

Many historians say that Akhenaten abandoned traditional Egyptian polytheism. He was an ancient Egyptian King of the 18th dynasty. He ruled for 17 years and introduced monolatrism.

This statute was built in the Amarna style.

Wendjebauendjed was an ancient Egyptian general and a high priest during the reign of Psusennes I. Wendjebauendjed held many military, religious, and administrative titles. Even though he was not a pharaoh, the titles gave him the honor of being buried in the royal necropolis.

The carved sandstone slab of Dendera was located on the chapel of Osiris at the temple of Hathor at the Dendera complex. The artifact contains a map of the sky featuring the signs of the zodiac and symbols representing 360 days of the ancient Egyptian calendar.

This is the largest known ancient obelisk in the world. Located in the northern region of the stone quarries of ancient Egypt in Aswan, Egypt, the creation of the obelisk was ordered by Hatshepsut. It is nearly one-third larger than any other ancient Egyptian obelisk.