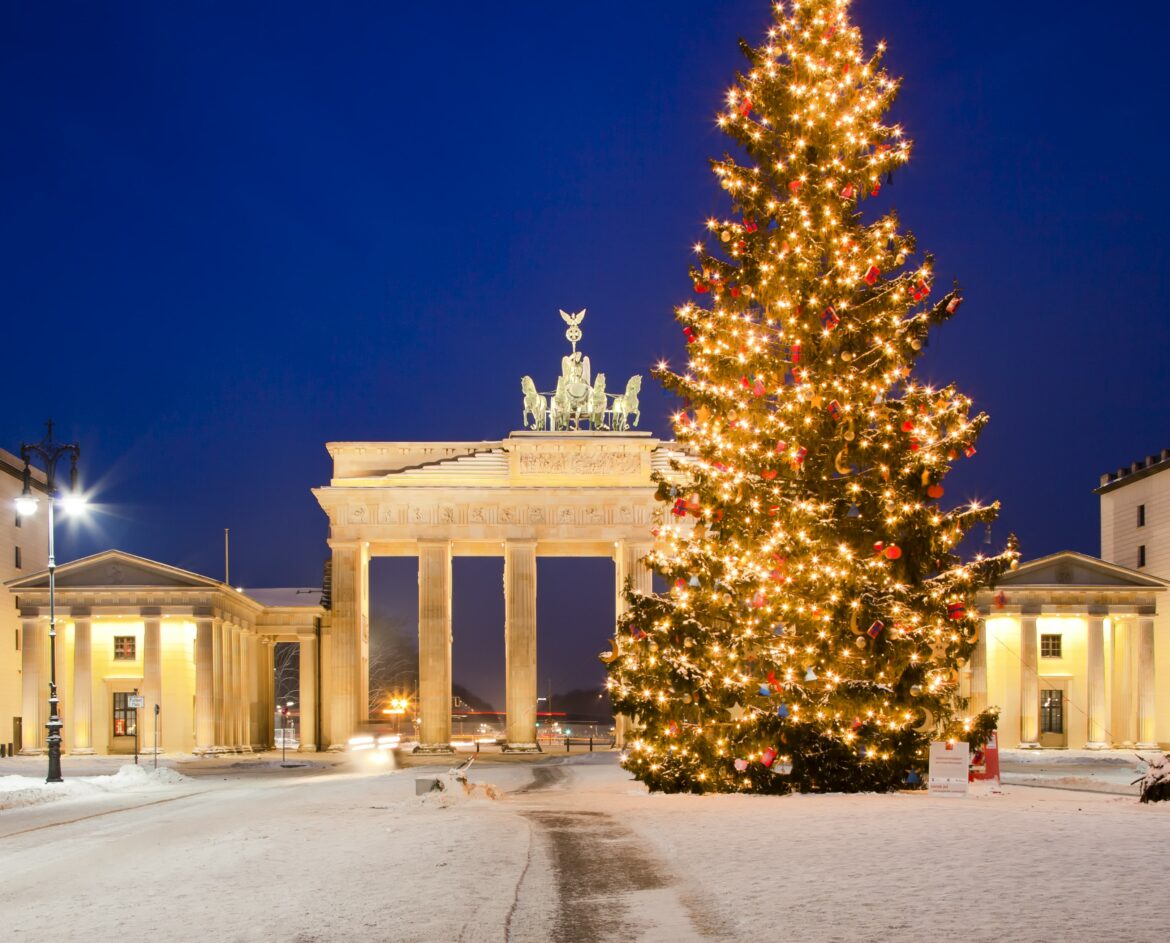 Christmas is not just the most important holiday in the United States. Celebrated globally, Christmas is a huge part of German culture as well. You can see Christmas trees everywhere in Germany. They were first used in the country during the late Middle Ages. In Germany, Christmas Eve is the main day when people exchange presents with their families. Read on for more about German Christmas traditions.

In Germany, a typical Christmas stocking is an empty sock or sock-shaped bag. Children leave them outside their door for Saint Nicholas to fill with everything he can find. They get small toys, oranges, chocolate coins, and many more. It is a lovely surprise for children to enjoy.

Germans celebrate Christmas on Christmas Eve, which they call Heiliger Abend. It is a jam-packed day of celebrations. Households spend the day decorating the tree and preparing food for the family.

According to the tradition, Christ child delivers the presents when the children are waiting outside the room. A bell will be rung for children to step inside the room, where the family sings carols before the opening of gifts.

Following that, some families go to Christmas Eve services at local churches, while others stay at home.

Traditionally, the tree is only put up in Germany on 24th December. It may vary from one family to another. But the older generation still decks the halls on the morning of Christmas Eve. Germans decorate the rest of the home beforehand, but the tree is saved for last.

Advent wreaths, or as Americans call them Christmas Wreaths are placed on the table. It is a tradition that the German Lutherans started in the 16th century.

The wreath consists of four candles in a bed of pine cones, berries, dried flowers, and other festive ornaments. Many households bring out the wreath at the beginning of December. They light one candle each Sunday.

We said before you can find many Christmas markets across Germany. This is the magic of Christmas in the country. The tradition started in Germany.

According to history, the origin of the Christmas market can be traced back to the German-speaking part of Europe during the Middle Ages.

Step into any German house during Christmas and you will find many Christmas angels. The German word for it is Weihnachtsengel. It is one of the most popular Christmas decoration ornaments.

German people put the angels on the tree or on sideboards. In some families, they are passed down through generations. Christmas angels carry special meanings, including love, togetherness, peace, hope, joy, and more.

The White Candle Of The Advent Wreath

We talked about Advent wreaths, and now we have a German Christmas tradition linked to it. The candle in the middle, which is the white candle, will be lit on 25th Christmas.

Krampus is the devil, sort of a sidekick of St. Nicholas. Germans believe he accompanies St. Nicholas to teach naught children a hard lesson.

One Christmas tradition is that in Southern Bavaria, men in hideous Krampus costumes patrol the streets on St. Nicholas Night. Sometimes, they are invited in by parents of naughty children.

Speaking of German Christmas traditions, we have to mention the most important one, the Advent calendar. It is an important countdown to Christmas for German children. Every day for four weeks preceding Christmas, a window in the advent calendar is opened to reveal a poem, parts of a story, gift, or anything else.

You can buy an Advent calendar in Germany literally everywhere during December.

Epiphany and the Sternsinger

In some parts of Germany, you can see and hear Christmas cheer until January 6th. This is a day of a religious feast known as Epiphany or the Three Kings Festival. The German name is Dreikönigsfest. During this festival, children dressed as the Magi go from one house to another and sing songs. This is where the term Sternsinger comes from, or “star singer”.

Children request donations for their songs for various children’s causes.

Mulled wine is vital in beating the winter chill and spreading the festival spirit.

Here is another German Christmas beverage. The immensely potent beverage is basically rum with a high alcohol level added generously to mulled wine. The concoction is set in flames and then you drink it.

If you want to know more about the origins of this drink and tradition, watch the cult movie Die Feuerzangenbowle. The 1944 movie traces the hilarious deeds of a middle-aged man under the influence of the beverage.

Stolen is another tradition, this time in the form of a German Christmas cake. Made of flour with fruits, nuts, and spices, stolen is one of the best German traditions. It is tasty. This fruit bread is a vital part of German traditions.

In the city of Dresden, people celebrate a huge festival around Christmas stollen. The festive cake has made its way around the world.

Decorative nutcracker figurines are made to resemble a toy soldier. It is a common Christmas tradition in Germany.

German folklore says that nutcrackers were given as good luck keepsakes to the family to protect their home. They watch over the family and keep evil spirits away.

You can also find it as Pfefferkuchen. It is a delicious honey-sweetened German cake with a tasty sugary top. The tradition of Lebkuchen dates back to the 14th century. At the time, they were used by Catholic monks.

You can find Pfefferkuchen in Christmas markets, but also in any supermarket or bakery in Germany.

No Christmas is complete without a Christmas carol. The traditional carols in Germany include Silent Night (StilleNacht) and O Tannenbaum (O Christmas Tree).

Families gather in their homes to sing together. But some also attend services run by the local church. German Christmas carols date back to medieval times.