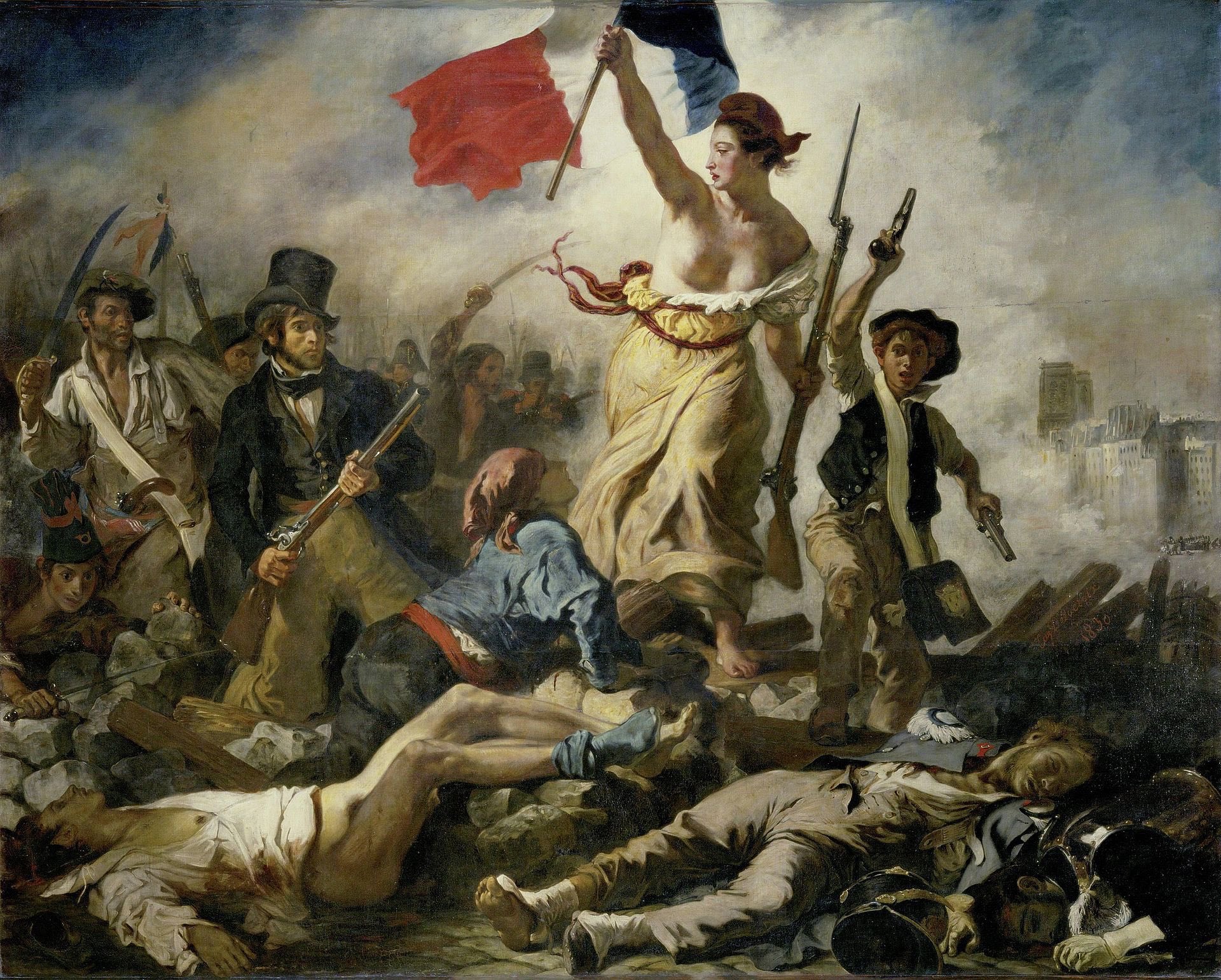 The revolution denoted the end of the ancient regime in France. There were many reasons which brought about the Revolution. Some of them include intellectual reasons, cultural reasons, financial reasons, social reasons, and more.

Today, France celebrates Bastille Day, the common name given in English-speaking countries to the national day of France. Celebrated on 14 July each year, it is the anniversary of the storming of the Bastille on July 14, 1789, a major event of the French Revolution.

To this day, the celebration of Bastille Day remains the oldest and largest military parade in Europe. It is held every year on the Champs-Elysees in Paris in front of the President of the Republic.

What Caused the French Revolution?

So, let’s talk about the causes of the French Revolution. France was one of the most powerful countries in Europe and the world at the time. What were the reasons for the people to rebel against the government? Here are some of the most important reasons.

Social Inequality Due To The Estates System

In the 1780s, the French monarchy had a population of around 24 million. It was divided into three estates. The first one was the Roman Catholic clergy, the second was the French nobility, and everyone else in France belonged to the Third estate.

The third estate comprised around 98% of the French population. They were excluded from positions of honor and political power. And they were looked down upon by the other estates. This angered the common people who resented their position in French society. Eventually, they came together to launch the French Revolution.

Not only was the third estate forbidden to hold a position of political power, but they also paid a huge tax. The First Estate owned 10% of the land. They were quite wealthy and paid no taxes. Their privileges included a collection of tithes, one-tenth of annual produce or earnings as a tax for the support.

The Second Estate owned 25% of the land, and they were exempted from paying many of the taxes. They were also allowed to collect dues from peasants.

The Third Estate, on the other hand, was forced to pay heavy taxes while the other two were exempted. The tax burden was a major cause for the common people planning to overthrow the Estates System.

Rise Of The Bourgeoisie

An interesting thing happened before the French Revolution. The Bourgeoisie, rich men and women of the Third State, started to become influential.

They evolved into a new caste with their own agenda and political aspiration. They resented the position of the first and second Estate. Aspiring to attain political equality, the desire of the Bourgeoisie led to the French Revolution.

Cultural Causes Of The French Revolution

Among the many different causes of the Revolution of 1789, we have to talk about cultural reasons. There are two main points of change with regard to cultural change.

The first one was the Enlightenment ideas of French citizens. They valued the ideas of liberty and equality discussed by Voltaire and other authors. The second was the indirect influence of the Enlightenment, popularized by the American War of Independence on soldiers who returned, including Benjamin Franklin himself.

The Age of Enlightenment was an intellectual and philosophical movement that dominated Europe and the world during the 18th century. Philosophers like John Locke, Jean-Jacques Rousseau, and others questioned the traditional absolute authority of the monarch.

France entered many expensive wars during the 18th century. The primary one was against its long-term rival, Great Britain.

Louis XV, ruler of France from 1715 to 1774, lost the Seven Years’ War against Britain. Naturally, he wanted revenge. He wanted to build a large navy and an anti-British coalition of allies. But that generated a mountain of debt.

His grandson, Louis VVI, succeeded him in 1774 and involved France in the American War of Independence against Britain. Yes, the US won the war, but France gained little from it. The only thing France got was another pile of expenses.

The result was a huge economic crisis in the nation pushing it toward bankruptcy.

In June 1783, the Laki volcano in Iceland erupted. It sent volcanic ash high into the atmosphere in Europe. And France felt the consequences.

A severe winter in Europe in 1784 and the following summers resulted in extreme droughts, poor harvests, and famine.

Poor harvest took a toll on the poor peasants. They struggled to survive and the frustration angered them to a point of revolt.

The French Crown’s debt was caused by wars, but also individual decisions. But the inadequate taxation system was another cause of the debt.

Only the War of Independence cost the Crown 1.3 billion livres, which was more than double the annual revenue. In 1781, in a single year, 227 million livres were spent on the campaign.

Despite the Bourbons’ attempt to limit their power, nobility still wielded significant influence in court. Étienne de Silhouette, a General in France, suggested taxing luxury items, but he was removed from office.

The debt continued to pile on, and the Third Estate paid the price for it.

Rise In The Cost Of Bread

Today, France is known for its rich history of revolting and protesting against inequality. A single product can shake the nation. A few years ago, people in France had massive protests because of the higher price of oil.

Back in the day, the rise in the cost of bread alerted French citizens. Poor harvest caused the price of flour to increase dramatically, raising the price of bread as a result.

Because bread was the staple food for a large number of French citizens, it resulted in resentment towards the monarch. Louis XVI tried deregulation of the grain market, but it only resulted in a higher price of bread.

There is a simple cause of the French revolution. Bad leadership. The two monarchs ruled on the basis of the divine right of kings. They did not answer to their subjects. They considered the country an absolute monarchy.

But philosophies of the Enlightenment made the public think differently. Neither Louis XV nor his grandson could lead the country out of its misery.

Not to mention their extravagant lifestyle. They were accustomed to luxuries. Fun fact: nowadays, French people are proud of their Palace of Versailles. But throughout the 17th and 18th centuries, the construction and remodeling of the palace incurred a huge cost to the country, paid mainly by the Third Estate.

People in France were dissatisfied with its leaders, believing they “wasted” money while they were suffering because of the poor economic state of the nation.

French ministers, including Anne Robert Jacques Turgot and Jacques Necker, proposed revisions to the tax system. They wanted to include the nobles as taxpayers to reduce the financial crisis and lessen the burden and anger of the poor.

Those reforms would have made the tax system more just. Sadly, the parliament opposed the reform and prevent the nobility from paying taxes.

The public debate over the voting process had erupted into hostility between the three orders. On June 17, the Third Estate met alone and formally adopted the title of National Assembly. Three days later, they met in an indoor tennis court.

There, they took the so-called Tennis Court Oath. They vowed not to disperse until constitutional reform had been achieved.