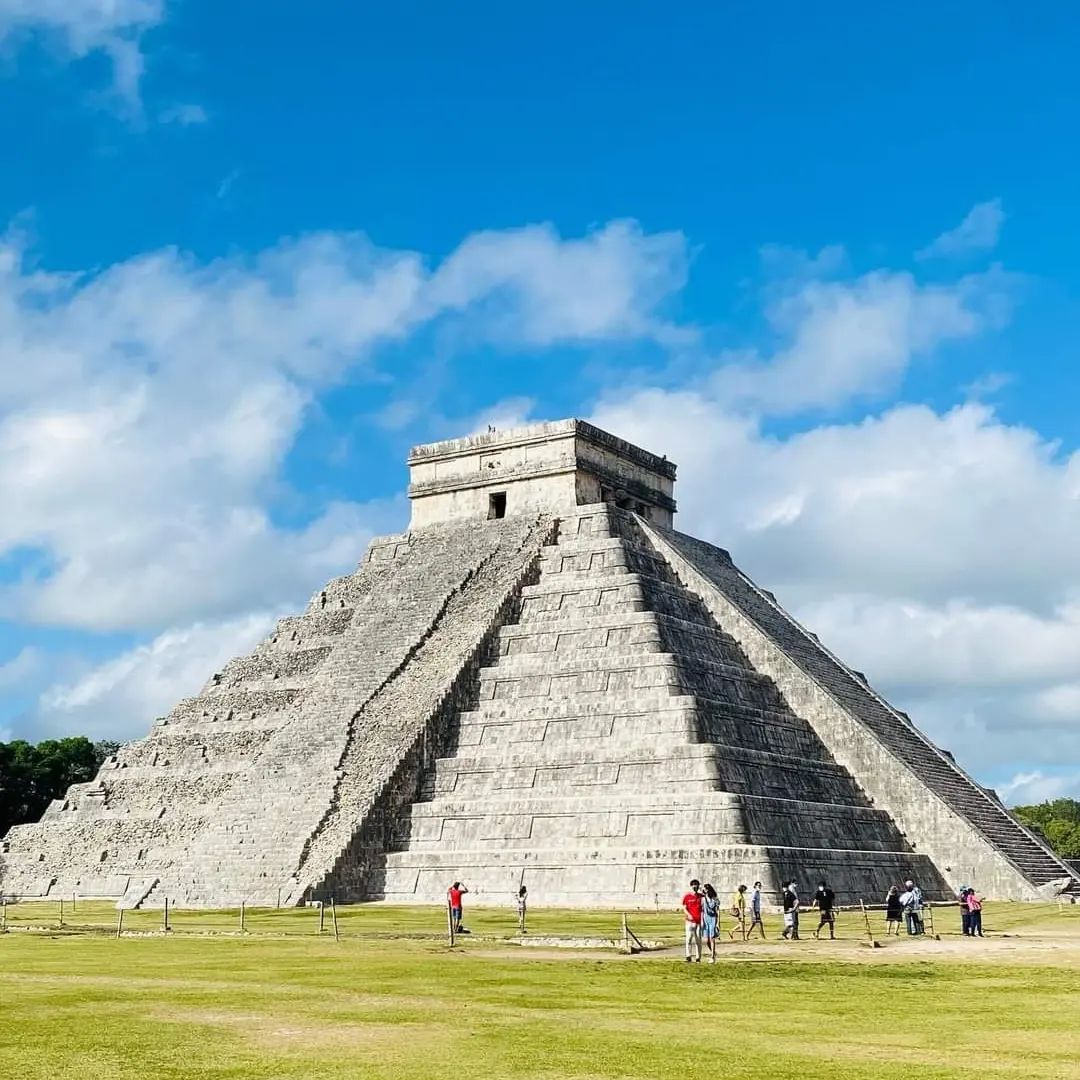 Mexico’s architecture is very diverse, and each style tells a different story about the country’s past. You’ll find impressively intact pre-Columbian Mesoamerican ruins in more remote locations, in addition to elegant colonial-era structures in the busy cities and villages. The majority of the buildings are a fascinating combination of colonial and indigenous traditions. Mexico’s architecture is truly amazing, and it is incentive enough to visit this magnificent country. There are spectacular cathedrals, pre-Hispanic pyramids, ancient buildings, and contemporary monuments.

Mexico’s architecture is very diverse, and each style tells a different story about the country’s past. The country has seen the beginnings of architectural dwellings, which have affected Mexican culture. Consider the Pre-Hispanic and Colonial periods, when constructions were made of few materials and intricately designed. There are a few important periods that make this culture so unique, like the pre-Hispanic period, the very famous Puuc and Oasiamerican style, as well as the colonial period, Mexican baroque, neoclassicism, architecture in the 19th and early 20th century, and modern and contemporary architecture in Mexico. Let’s take a look at each one and see what they have in common.

Palenque’s forests are home to collapsing early Maya temples dating back to 226 BC if you’re looking for something a little older. Make time to see Chichen Itza in Yucatán, an archaeological site that was once one of the major Maya civilizations between 600 and 900 AD. The El Castillo, a limestone step pyramid, and the spectacular Great Ball Court, Mesoamerica’s largest still-standing ancient ballcourt, are two of the most important remains.

The first churches and monasteries were erected utilizing classical architectural principles and Spanish mudejarismo (a sort of ornamentation and decoration) criteria after the establishment of Spanish power in Mexico. The organization of local indigenous communities around monastery buildings was one of the techniques used by mendicant orders friars in the 16th century to convert the huge number of indigenous non-Catholics in New Spain. These were erected in the style of European convents, but with novel features such as open chapels and atriums with a stone cross in the center, and were distinguished by numerous aesthetic attributes.

With the conquest of the Spanish, the baroque style was applied in the Mexican land as well, and it ruled for about three centuries. Mexico progressively acclimated to the baroque style through time, and now we can see most of the cathedrals in the European architectural format. Baroque art and architecture dominated for the majority of the colonial period.

While there are some noticeable parallels between the development of modern architecture in Mexico and that of its North American and European counterparts, the country’s trajectory reveals several specific characteristics that challenged preconceived conceptions about modern architecture. The idealization of the indigenous and traditional during the post-Revolutionary period signified attempts to reach back into the past and regain what had been lost in the march toward modernization.

The architecture is unbelievable, this century-old post office in Mexico City’s bustling historic central district would be glorious enough on its own. Palacio Postal’s true magnificence comes from the fact that its splendor is magical for the masses who continue to use it for purely pragmatic reasons daily, numbed to the unparalleled blend of golden architecture on all sides.

The Count of the Valle de Orizaba family built the Casa de Los Azulejos, or “House of Tiles,” in Mexico City in the 18th century. The building is recognized by its blue and white Puebla state tile exterior, which wraps around three sides. Until the end of the nineteenth century, the palace was in private ownership. It was purchased by the Sanborns brothers, who turned their soda fountain/drugstore business into one of Mexico’s most well-known restaurant chains. Today, the house is the company’s main eatery.

It was constructed in the late 18th century, was abandoned during the Mexican War of Independence, and became the location of the deaths of six young men during the Mexican-American War. Maximilian I of the Second Mexican Empire, who fell from power in 1867, lived there later. Chapultepec Castle is now regarded as one of Mexico City’s most important tourist attractions.

The Torre Latinoamericana is arguably one of Mexico City’s most identifiable landmarks. It is a 44-story building that offers spectacular views of downtown Mexico City. It was built in 1956. With a drink in hand, it’s the ideal place to spend your evenings! Torre Latinoamericana has an intriguing tidbit to share. It is a work of art since it is one of the few skyscrapers ever constructed in an earthquake-prone area.

The Museo Soumaya is a non-profit cultural institution in Mexico City with two museum buildings: Plaza Carso and Plaza Loreto. It houses over 66,000 works of art spanning 30 centuries, including Pre-Hispanic Mesoamerican sculptures, 19th- and 20th-century Mexican art, and a large collection of works by European old masters and modern western masters such as Auguste Rodin, Salvador Dal, Bartolomé Esteban Murillo, and Tintoretto.

Monument To The Revolution

The Monument to the Mexican Revolution (Monumento a la Revolución) is a half-finished architectural project that was supposed to be the Chamber of Deputies and Senators’ Palace. The original project is only left with the dome.

If you visit Mexico City, make sure to stop by the Blue House and the Frida Kahlo Museum. It is located in Mexico City’s Coyoacan district, and it is where Frida was born, raised, lived, and died. The Blue House, also known as La Casa Azul, is a historic residence and art museum where you can see fragments of Frida Kahlo’s personal life, her art, and an amazing collection of Mexican traditional art owned by Frida and her husband, Diego River.

The Angel Of Independence

The Revolutionary War Monument is a landmark and memorial honoring the Mexican Revolution. Plaza de la Repblica is the location. The edifice serves as a tomb for Francisco I. Madero, Francisco “Pancho” Villa, Venustiano Carranza, Plutarco Elas Calles, and Lázaro Cárdenas, heroes of the Mexican Revolution of 1910. Emiliano Zapata, the revolutionary general, is buried at Cuautla, Morelos, rather than in the monument. The Zapata family has fought attempts by the Mexican government to move Zapata’s remains to the monument.

The colossal Pyramid of the Sun, the mystical Pyramid of the Moon, and the run-down Pyramid of the Feathered Serpent, which portrays the popular Mesoamerican deity Quetzalcoatl, are just a few of the fascinating sights to see in Teotihuacan. If you enjoy art, you will enjoy exploring Teotihuacan’s huge mural collection. They’re bright and vivid, depicting life and beliefs from 2000 years ago.

Alameda Central is another green lung of Mexico City that dates back to the Aztecs. In reality, the Aztecs used to use this area as a vast, central marketplace. It was transformed into a public park by the Spanish in the 1500s.

Basilica of Our Lady of Guadalupe

At the site of the basilica, there was a temple devoted to an important Aztec Goddess before the Spanish entered Mexico. The Basilica of Our Lady of Guadalupe is now one of the world’s most visited Catholic churches. Millions of pilgrims visit the site each year. It is extremely packed on December 12th, Our Lady of Guadalupe’s Feast Day.

Mexico City’s Palace of Fine Arts is a well-known cultural hub. It has housed noteworthy exhibitions of painting, sculpture, and photography, as well as notable events in music, dance, theatre, opera, and literature in Mexico. As a result, the Palacio de Bellas Artes has been dubbed “Mexico’s Cathedral of Art.” The structure is situated next to the Alameda Central Park on the western side of Mexico City’s historic center.