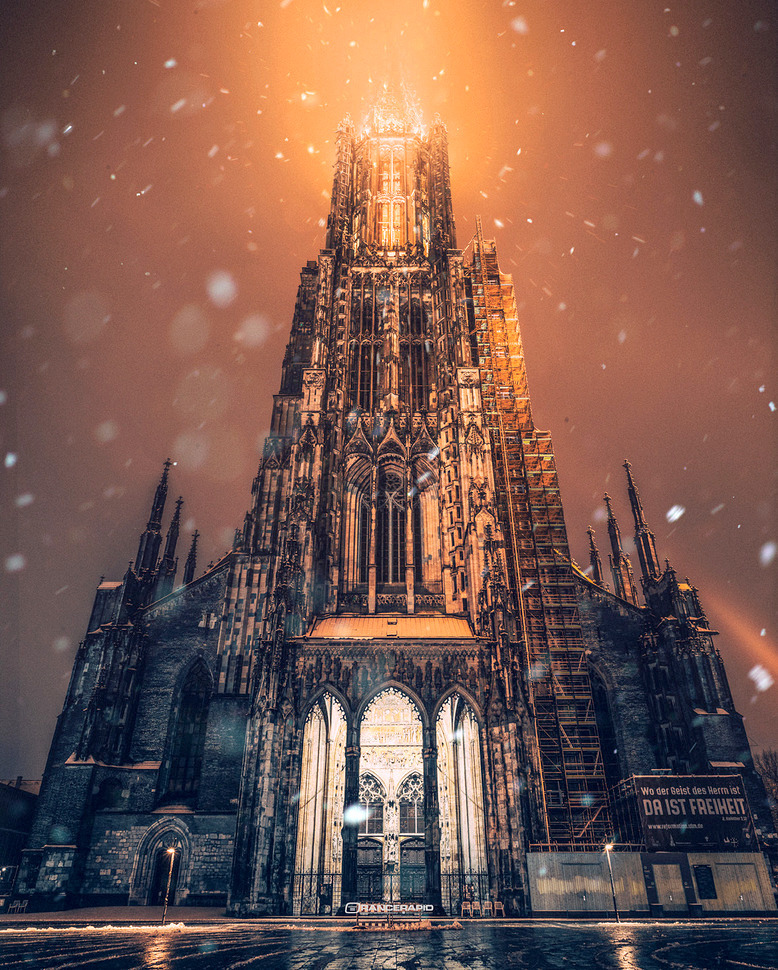 Germany has over 600 millennia of human history and a land area of more than 350,000 km2, making it a country that does not have a single architectural style. From the pre-medieval Carolingian era to the Medieval Romanesque, Gothic, Renaissance, Baroque, and later Neo-Classical and Neo-Renaissance eras, historic towns such as Berlin, Munich, and Cologne are home to the whole history of German architectural tendencies.

The Roman Empire formerly spanned much of what is now the Federal Republic of Germany, and there are still remnants of the Roman Empire’s border defense system, the limes, dating from roughly 100–150AD. Trier, a significant Roman metropolis at the time, is home to the Porta Nigra, the biggest Roman city gate north of the Alps, as well as the ruins of multiple hot spas, a Roman bridge, and the (mostly restored) Aula Palatina. With the departure of the Romans, Germany lost its urban culture and architectural accomplishments.

The Romanesque period in Western European architecture is commonly dated from the foundation of the Merovingian dynasty in around 500 or the Carolingian Renaissance in the late 8th century. Lorsch Abbey is a German structure from this period. This design mixes aspects of the Roman triumphal arch, including arch-shaped corridors and half-columns, with baseless triangles of the blind arcade, polychromatic masonry. One of the outstanding buildings is the Palatine Chapel in Aachen.

Semi-circular arches, sturdy appearance, modest paired windows, and vaults are all hallmarks of the Romanesque period, which lasted from the 10th through the early 13th centuries. Many churches in Germany, including the twelve Romanesque churches of Cologne, originate from this period. The Speyer Cathedral is Germany’s most important building from this period. It was built in phases beginning from 1030 and was the greatest edifice in the Christian world in the 11th century, as well as an architectural symbol of the Salian dynasty’s dominance (1024–1125).

During the high and late medieval periods, Gothic architecture flourished. Its origins can be traced back to Romanesque architecture. Around 1230, the first Gothic structures in Germany were constructed. After Milan Cathedral, Cologne Cathedral is the world’s largest Gothic cathedral. Construction began in 1248 and lasted nearly 600 years. It also features the largest façade of any cathedral in the world, thanks to its massive twin spires.

Renaissance architecture in Europe between the early 14th and early 16th century when certain elements of ancient Greek and Roman thinking and culture were consciously revived and developed. At the period, Germany was divided into multiple principalities, residents had limited rights, and military strife, particularly the Protestant Reformation’s religious wars, meant that enormous expanses of the territory remained virtually underdeveloped.

Baroque architecture originated in Italy in the early 17th century, but it was brought to Germany following the Thirty Years War. The Baroque architecture of the German government’s royal and princely residences was inspired by France, particularly Louis XIV’s palace at Versailles. Baroque architecture is characterized by the confluence of architecture, painting, and sculpture. The Emperor’s Hall and the staircase at the Würzburg Residence, which began building in 1720, are good examples.

In the second half of the eighteenth century, classicism came to Germany. It was a reaction to the Baroque style in both architecture and landscape design and drew influence from antiquity’s classical architecture. The Garden Realm of Dessau-Wörlitz is one of Germany’s oldest and largest English parks. It was built in the late 1800s. It emphasized the naturalistic way of the English landscape garden and symbolized the promised freedom of the Enlightenment era, as opposed to the conventional Baroque gardens.

Historicism is an architectural style based on historic styles or craftsmanship. Following the neoclassical period, which was a historicist movement in some way, a new historicist phase arose in the mid-nineteenth century, characterized by a return to a more ancient classicism, particularly in architecture and the genre of history painting. Gottfried Semper, who designed the Semperoper in Dresden, was a significant architect during this period.

Modern buildings in Germany represent the elimination of extraneous adornment from them, making the structure and function the defining characteristics of modern architecture. Early in the twentieth century, it became a very popular style in architecture. Many well-known architects and educators have endorsed it. Several housing estates constructed during this time are today considered to be among the most prominent modernist structures.

Stuttgart’s public library is known as the Stadtbibliothek Stuttgart. It consists of the central library, 17 municipal district libraries, and two bookmobiles and is organized as a department of the city’s cultural office. It won the national award for Library of the Year in 2013.

Sanssouci is a historic building in Potsdam, Germany, which is close to Berlin. It’s frequently considered one of the German competitors to Versailles, having been built as a vacation home by Prussian King Frederick the Great. Sanssouci is noteworthy for the numerous temples and follies in the surrounding park, despite being in the more intimate Rococo style and being significantly smaller than its French Baroque counterpart.

The beautiful dome of Berlin’s Cathedral Church (Berliner Dom) is one of the city’s most visible monuments, marking the location of the remarkable basilica containing the city’s most prominent Protestant church. The church inside is especially worth seeing because of its extensive artistic and ornamental elements.

Ulm Minster was started in the Gothic era but did not finish until the late nineteenth century. With a spire of 161.5 meters, it is the world’s highest church and the fourth tallest structure constructed before the twentieth century. There is a panoramic view of Ulm from the top level at 143m.

The Römer is a medieval building in Frankfurt am Main’s Altstadt that is considered one of the city’s most notable landmarks. The Römer, located across from the Old St. Nicholas church, has served as Frankfurt’s city hall for almost 600 years. In 1405, the Römer merchant family sold it and it was turned into the municipal hall. The Haus Römer is the middle of a group of three buildings in the Römerberg square.

Neuschwanstein Castle is one of the few sites on Earth that seems like it belongs in a children’s book. Neuschwanstein seems like something out of a fairy tale, with its towers, turrets, frescoes, and throne hall. The narrative behind this extravagant mansion set in the Bavarian Alps, however, is far from pleasant.

The Rheinturm (Rhine Tower) in Düsseldorf was completed in 1981 and is a monolithic communications tower built for both utility and entertainment, as well as a clock for those who know how to read it. The approximately 600-foot needle, which provides coverage for radio and television transmissions as well as an observation deck and a classic revolving restaurant, is located in the heart of the city. Its brilliant neon lights may be visible throughout the area during the evenings, as it is by far the city’s highest skyscraper.

Heidelberg Castle is a ruin in Germany that serves as a landmark for the city of Heidelberg. The ruins of the castle are one of the most significant Renaissance constructions north of the Alps. Since its destruction in the 17th and 18th centuries, the castle has only been partially reconstructed.

The Reichstag is a building in Berlin that houses the Bundestag (German for “Federal Assembly”), Germany’s lower house of parliament. It is located at the northern end of the Ebertstrasse, near the Spree River’s south bank, and is one of Berlin’s most recognized landmarks. The Brandenburg Gate is to the south of the building, while Tiergarten Park is to the west.