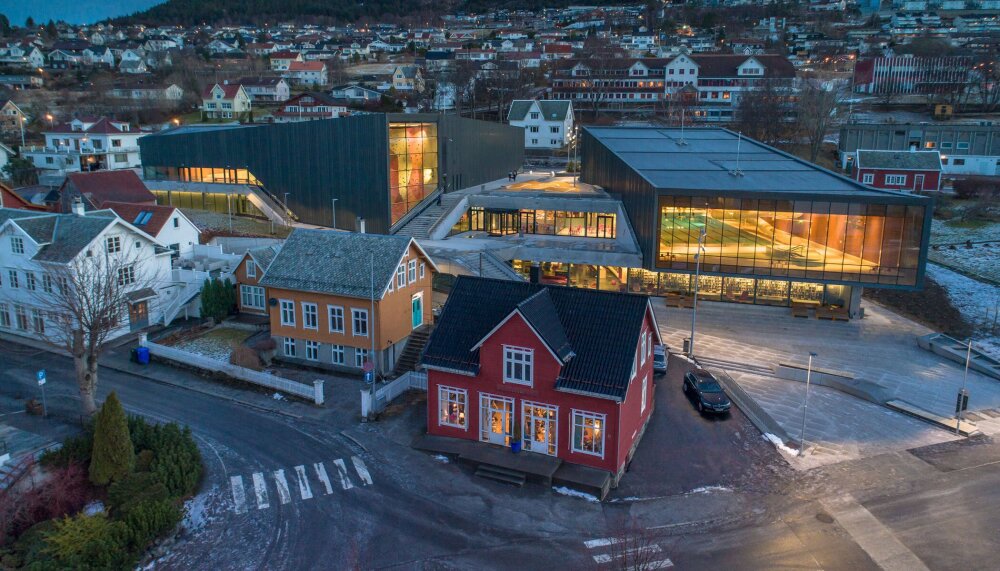 The architecture of Norway continuously evolves. Norwegian architecture has changed in response to economic conditions, technological advances, cultural shifts, and so on. You can always look at architectural trends in Norway in parallel political and societal changes over the centuries.

For example, during the Middle Ages, geography dictated a dispersed economy. So, the traditional Norwegian farm culture remained strong. And because of the ready availability of wood, houses were not built in Baroque, Renaissance, and Rococo architecture like elsewhere in Europe.

In the 20th century, Norwegian architecture draw inspiration from connections with social policy and innovation. With that in mind, let’s take a quick look at the history and trends in Norway.

Vernacular architecture in Norway has a long history of more than 4,000 years in literary, archeological, and preserved structures. Vernacular building traditions have remained to this day, and you can recognize them in contemporary architecture.

There are a couple of periods in Norway’s history that remain influential and strong to this day. One of them is the Viking era.

Yes, Norway had houses and cities in pre-historic times. But the country saw its first rise during the Viking and medieval era.

To this day, the Viking era influenced two distinctive timber-building traditions. One of them is the practice of log building with horizontal logs notched at the corners. The second is stave building tradition, typically found in stave churches.

Speaking about the second important period in Norway’s history, it was under Danish rule. In the Middle Ages, the Norwegian state was weakened and entered a personal union with Denmark and Sweden. The Kalmar Union saw kings reside in Denmark. As a result, Norway was reduced to provincial status. Danish government regarded Norway as a backward province they can exploit.

That is why you will rarely see Renaissance architecture in Norway. Fortresses were built in stone in accordance with standards for defensive fortifications.

Yes, Norway saw a bit of Baroque style, like the Stiftsgården, the royal residence in Trondheim. But it is a residential building made of wood. It is one of the largest wooden structures in Northern Europe. It is far behind the Baroque buildings in Europe.

We said before that availability of wood made it a useful building material. You can rarely see a brick house in Norway. Instead, there are lots of wooden houses and even wooden buildings in contemporary architecture.

Almost all of the houses in the country are built out of wood with slate tiles on the roof. There are also houses with grass on the roof. This is a technique that originated in the Viking era and the Middle Ages but remains popular to this day.

During the Viking Era, people would lay birch bark down on a sloping roof and then put turf on top of it. This made for great insulation. During the summer days, grass would grow, and people even put goats on top to keep the grass short.

Another characteristic of Norway wooden houses is the coloring. Many houses are painted in bright colors like red, yellow, green, and blue.

Here is a fun fact. All houses in Norway have to have a chimney and open fire by law. The logic is quite simple. It gets so cold and if the power goes down, people have to have another way to heat the house. It remains a Norwegian tradition to this day.

Architecture in Norway is a mix of different styles. Some are traditional and others are modern. But there is a lot you can take away. The country is much more than what you see in pictures. In recent years, newer and more modern structures have started appearing.

Let’s take a look at some of the traditional and modern buildings.

We are talking about a whole city here. Bryggen is a series of Hanseatic heritage commercial buildings lining up the eastern side of the harbor in the city of Bergen. The site has been on the UNESCO list for World Cultural Heritage since 1979.

These wooden trading houses are some of the best examples of traditional Norwegian architecture. And it all comes from the Middle Ages. During that period, Bergen was the main port of export for dried fish and fish oil. The trade area was established to manage the trade.

This is a modern building in Norway. The Oslo Opera House was opened in 2008. It has become a popular landmark in the capital of the country. In 2008, the design won World Architecture Festival Cultural Award. And then the next year, it won the Mies van der Rohe award.

The contemporary style was designed with the location on the waterfront in mind. The opera house has an angular exterior and sloping. Combine that with the bright white granite and Italian marble, and you have a look of an iceberg.

The collection of buildings in the central part of Oslo has a bright, white façade. And it makes for a great contrast thanks to the grey roof. Depending on the period of the day you look at it, you get a different experience.

Henrik Ibsen, the famous playwright, was among the famous residents of the house. But there is dark history here as well. Following the Nazi occupation of Norway during World War II, the building was used by the Gestapo to keep jailed citizens.

The building was officially opened in August 2019 in Trondheim. The dark exterior is clean, fresh, and has a certain sleekness.

But inside, you have a monster of a building. Inside, the house has 18,2000 square meters of floor space over eight floors. To this day, it is the biggest energy-positive building in Norway. It is the key figure of the ongoing smart city project in Trondheim.

This is another famous architecture building in Trondheim. Founded around 1070, the Cathedral was built on the burial site of Olav Haraldsson. He was later known as Saint Olaf, King of Norway from 1015 to 1028.

The construction took a lot of time. It wasn’t completed until 1300. There were renovations in 2001 as well. It is a great example of Romanesque and Gothic traditional architecture in Norway.

It represents Statoil as an innovative and ground-breaking petroleum company.

The center opened in Kristiansand in 2012. Since then, it grew in popularity and became one of the most impressive pieces of new Norway architecture.

It is the focal point of cultural arts in the community. The modern building has a wooden exterior, designed to look like waves out at sea.

This stave Church in Notodden Municipality is a triple nave stave church. Constructed at the beginning of the 13th century, it remains the largest one in Norway.

Another great example would be Borgung Stave Church, one of the most visited stave churches in the country.