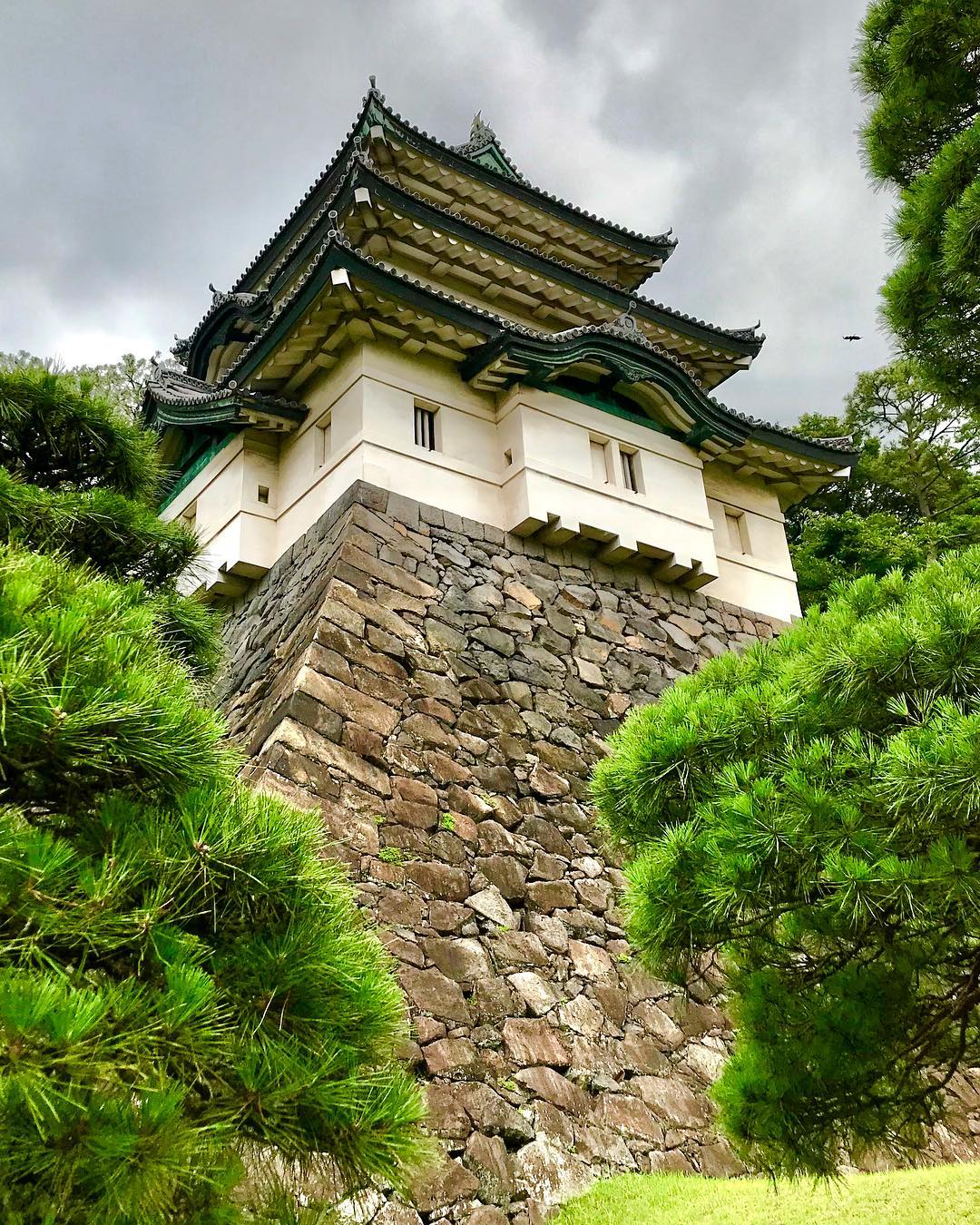 Some major buildings, including temples, shrines, palaces, and castles, have been preserved, others require a lot of maintenance. Many structures that display historical architectural styles are now major tourist destinations. They can be found all over the country, with some surviving incomplete conserved districts or towns and others being relocated to open-air museums.

From simple farm homes to majestic imperial palaces, Japan boasts an unusual array of buildings that exhibit distinct architectural types. They contain some of the world’s oldest surviving wooden structures as well as bold, contemporary designs. Japanese architects now play an important role in shaping worldwide architectural trends. Buildings have traditionally been made of wood, partly due to the quantity of the material and partly due to its earthquake resistance. Unfortunately, natural calamities, the humid climate, fires, and wars have all claimed countless structures over the decades.

There are different styles, elements, and techniques specific to Japan in traditional Japanese architecture in each period and use, such as residences, castles, Buddhist temples, and Shinto shrines. On the other hand, it was heavily affected by Chinese culture, as were other Asian countries, notably in ancient times, and hence has architectural traits with other Asian countries. The outcome is unique, partly due to Japan’s diverse climates and the millennium that separates the first and last cultural imports, although there are several practically universal elements to be found.

The Kamakura shogunate, which was formed in 1192, ruled Japan during the Kamakura period. The formation of the samurai, a warrior caste, and the establishment of feudalism in Japan are both associated with this time period. The Kamakura period came to an end in 1333 when the shogunate was deposed and the Imperial monarch Emperor was briefly reinstated.

In Japanese history, the Azuchi-Momoyama period (1574–1600), often known as the Momoyama Time, was a period of political unification during which monarchs brought all provinces under the administration of the central government. Temple architecture was supplanted by the construction of large castles and houses. Azuchi, erected by Oda on the shores of Lake Biwa, and Momoyama, built by Hideyoshi in Kyoto, are both named after castles built during this period.

Between 1603 and 1867, Japan was ruled by the Tokugawa shogunate and the country’s 300 regional daimyos, known as the Edo period. Economic growth, tight social order, isolationist foreign policies, a stable population, eternal peace, and popular enjoyment of arts and culture marked the Edo period, which followed the upheaval of the Sengoku period. In 1603, Tokugawa Ieyasu created the shogunate in Edo (now Tokyo). Following Edo’s fall in 1868, the period came to an end.

The Meiji period in Japanese history lasted from 1868 to 1912. The Meiji era was the first half of the Japanese Empire, during which the Japanese people transitioned from an isolated feudal society at risk of colonization by Western powers to the new paradigm of a modern, industrialized nation-state and emerging great power, influenced by Western scientific, technological, philosophical, political, legal, and aesthetic ideas. The changes to Japan’s social structure, internal politics, economics, military, and foreign relations were substantial as a result of such widespread adoption of profoundly different beliefs.

Traditional Japanese design principles and western current aesthetics are brought together in contemporary Japanese architecture. The merging of time-honored Japanese architectural elements such as sliding doors and modular tatami floor mats with cutting-edge design and technology exemplifies the dialogue between these two. In congested areas like Tokyo, where the population outnumbers the available space, Japanese architecture is at the forefront of addressing concerns of micro-housing.

In Sumida, Tokyo, the Tokyo Skytree is a broadcasting and viewing tower. It surpassed the Canton Tower as Japan’s tallest structure and became the world’s second-tallest structure after the Burj Khalifa when it reached its full height of 634 meters.

The Hiroshima Peace Memorial (Genbaku Dome) was the last remaining structure in the area where the first atomic bomb was dropped on August 6, 1945. It has been kept in the same state as it was shortly after the explosion thanks to the efforts of numerous people, especially those from Hiroshima. It is not just a stark and striking emblem of humanity’s most deadly force, but it also represents hope for world peace and the eventual abolition of all nuclear weapons.

The Imperial Palace oF Kyoto

Taikoo Li Sanlitun, formerly Sanlitun Village, is a shopping mall in Beijing’s Chaoyang District’s Sanlitun neighborhood. It consists of 19 structures spread across two locations that are only a few minutes’ walk apart. The hutongs of Beijing inspired the design of Taikoo Li South. Modern features, such as an open fountain and small touches by current artists, are also included in the space.

Yakushi-Ji, located in Nara, is one of Japan’s most famous royal and ancient Buddhist temples. It was previously one of the Seven Great Temples of Nanto. The Hoss school of Japanese Buddhism has its home at the temple. Yakushi-Ji is one of the sites that make up the “Historic Monuments of Ancient Nara,” which has been designated as a UNESCO World Heritage Site.

Himeji Castle is also known as White Heron Castle because of its exquisite white look, is one of Japan’s most spectacular castles because of its imposing size and beauty, as well as its well-preserved, intricate castle grounds. It is a national gem as well as a UNESCO World Heritage Site. It was never destroyed by battle, earthquake, or fire, unlike many other Japanese castles, and it is still standing today as one of the country’s twelve original castles.

Kinkaku-Ji: The Temple of the Golden Pavilion in Kyoto

Kinkaku-Ji is a Zen Buddhist temple in Kyoto, Japan, that literally means “Temple of the Golden Pavilion.” It is one of Kyoto’s most popular structures, with thousands of tourists each year. It is a National Special Historic Site and a National Special Landscape, as well as one of the 17 World Heritage Sites that make up the Historic Monuments of Ancient Kyoto.

Sensoji Temple in Asakusa is Tokyo’s oldest and most famous temple, having a 1,400-year history. This temple honors Kannon, the Buddhist goddess of mercy, and it attracts millions of visitors each year. The temple is the town’s genuine beating heart.

Some people know Osaka Castle for its exceptionally well-made stone wall, which is astonishing in its sheer scale, having been erected with an estimated 500,000 to 1 million huge stones (weighing up to 12kg). The moat walls can reach a height of 20 meters and a width of 90 meters.

Kotoku-in is a Buddhist temple in Kamakura, Kanagawa Prefecture, Japan. The Great Buddha of Kamakura, a massive outdoor bronze statue of Amitabha, is one of Japan’s most iconic icons. It is also a declared National Treasure, as well as one of the twenty-two historic sites included in Kamakura’s bid for UNESCO World Heritage Site status.

The Tokyo National Museum, Japan’s oldest museum, houses an outstanding and extensive collection of art, artifacts, and information on Japan’s cultural heritage. Kisho Kurokawa is the architect behind the structure. It is one of the country’s largest exhibition halls. Unlike Japan’s other national art museums, NACT is an ’empty museum,’ with no permanent exhibits, curators, or collection. Its Claude Monet show, which ran from April 7 to July 2, 2007, was the world’s second most popular exhibition of the year.