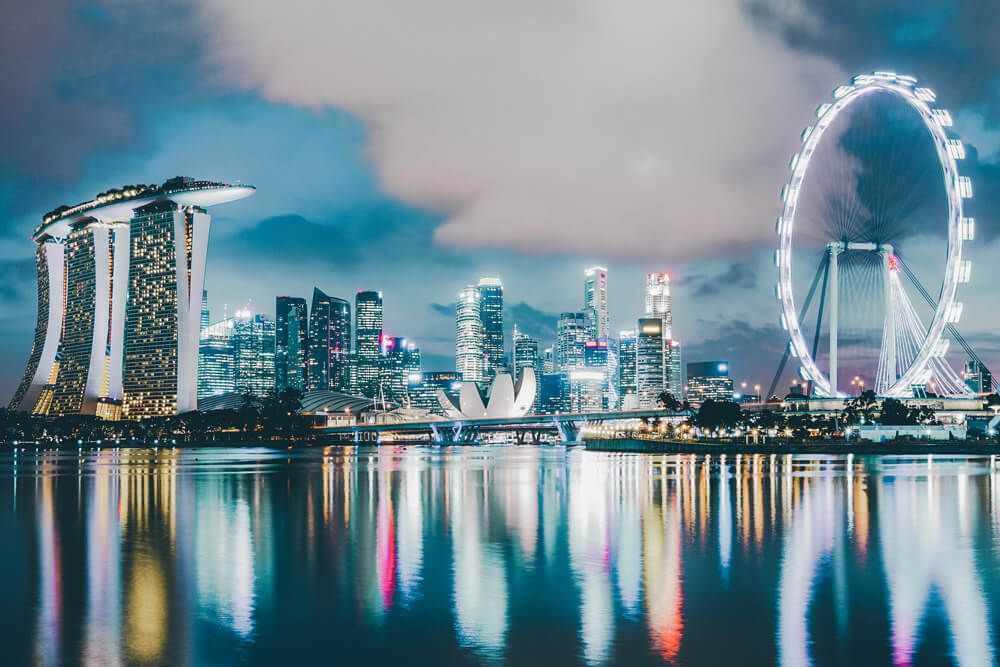 For many years, Singapore was the most expensive city in the world to live in. But prices have fallen amid the Covid-19 pandemic. Why are prices so high in Singapore? Well, the city and nation are just engineering and architecture marvel. Singapore architecture has been influenced by different places and styles. Yet, one thing is common. Technology at the highest level.

We can divide the architecture of Singapore into two sections, the pre-World War II colonial period, and the modern post-war and post-colonial period. Singapore separated from Malaysia in 1965, becoming an independent and sovereign state.

Modern Singapore architecture began with the transitional Art Deco style and the arrival of reinforced concrete, especially in the 1970s. This started the Art Deco architecture movement.

From the late 1990s, Singapore began launching iconic landmarks in the city. The goal was to strengthen the Singapore brand identity and attract tourists, skilled immigrants, investments, and buzz.

Some of the landmarks include the Esplanade – Theatres on the Bay, the Supreme Court of Singapore, the Marina Bay Sands, and many more.

Do many people often ask what is the signature Singapore style? Well, the city and its buildings are a mix of Asian, British colonial, and modern global influences.

The city-state has had its fair share of iconic buildings. Those built in the 1990s and 2000s have contributed to an amazing skyline distinctive from other Asian cities.

But you can never label Singapore architecture under a specific style. The reason is they have been influenced by many styles. There is one thing that is common, though. And that is Singapore’s response to tropical climate and space constraints.

Singapore is a juxtaposition of futuristic, high-rise green buildings, modern complexes, and older colonial buildings. To top it all, the traditional shophouse gives Singapore an urban landscape and unique identity.

The typical shophouse was a convenient design for urban settlers. It provided both a residential complex and a small business venue. These shophouses were designed to be narrow and deep so that you can accommodate many businesses along a single street.

Let’s take a look at some of the most amazing Singapore buildings.

The iconic Raffles luxury hotel reopened after a massive facelift in 2007. The hotel has gone through several makeovers in its history. It all started with a three-story building in 1899. Nowadays, it is the signature example of colonial architecture in Singapore.

Famous for its history and luxurious ambiance, the hotel is the place where the famous Singapore Sling cocktail was invented.

This is the oldest temple of the Hokkien people in Singapore. It is a hallowed space that was constructed in 1839.

Some of the parts in the building, including tiles, columns, and timber, were recycled from ballasts off Chinese junks and ships. That adds even more significance to the building and its history.

The famous architect Moshe Safdie designed this iconic building. Inside and out, the building will amaze you. The exterior of the building takes the form of a dramatic doughnut shape framed in glass and steel.

And inside, the Singapore architect paid homage to nature with a hedge maze and the world’s tallest indoor waterfall. Yes, there is a waterfall inside.

Jewel has made Changi airport the most Instagrammable and recognizable airport in the world.

Esplanade – Theatres on the Bay

The entertainment complex opened in 2002. The informal name of this complex is The Durian. It is all because of the theatre’s twin glass domes, made from more than 7,000 triangular aluminum sunshades. They bear a resemblance to two halves of a durian.

The building has its fair share of supporters, but also critics. Esplanade has been given various nicknames, some not so flattering.

A local architectural firm designed this station after winning a competition. The biggest challenge and problem was the location. The station was placed in a place already crowded. So, the design was to build it deeply, meaning one of the rides will have on the escalator as you lunge downwards.

Engineers found a genius solution to the environmentally-friendly challenge. The forecourt of the Singapore Art Museum, with its pool, is used to disperse light through the station.

Here is another masterpiece by Moshe Safdie. Used as a hotel, casino, and mall, it is a project that has become a signature part of the Singapore skyline. You can easily notice it and identify the three towers and cantilevered sky garden.

Visitors can see this impressive dome which is now a new home to the largest collection of modern Southeast Asian art.

The National Gallery follows the same principle of what Singapore does best. And that is blending the old with the new.

Fun fact: the gallery preserved parts like the chamber where the Japanese surrendered to the British at the end of World War II.

The temple known as King Chapel or Mariamman Kovil opened in 1827. It is a place of worship. It is part of the myriad religions that have found a home in Singapore.

It remains the oldest Hindu temple in Singapore. Much of the present structure dates back to the 1860s when it was built by craftsmen from South India. Dedicated to the goddess Mariamman, the building’s signature feature is the entrance tower.

This footbridge is shaped like a double-helix. You can notice steel and glass elements seamlessly running through the structure and forming a shelter from the rain.

Australian architects from Cox Architecture designed the project with the help of a London-based studio.

The Helix connects Marina Centre with Marina south. The best feature is when it lights up at night.

Opened in 1928, it is an impressive example of Singapore renovating old buildings. At one point, this hotel was actually a fort named after Robert Fullerton, the first governor of the Straits Settlements.

At one point it also served as the General Post Office. Now, the stunning gray granite neoclassical building is a hotel, a purpose it got in 2001.

The theatre building opened in 1862 with the concert hall opening in 1905. Set in the Civic District, the theatre and concert hall are among the most illustrious venues in Singapore. The building is notable for its iconic clock tower.

The theatre was actually one of the first buildings of Singapore’s Victorian Revivalism era.

Completed in 2013, this building received the World Building of the Year Award in 2016. One of the architects said, “our main thought was how to conceptualize something that’s more of a vertical village than really a building for housing”.

This building resembles a typewriter. It is a great example of mixed-use architectural design in the 1970s. The dramatically terraced Brutalist building is a high-rise commercial and residential complex.

This five-story temple opened in 2007. It is a great place to experience Buddhist culture in Singapore. AS part of the Chinatown area, it reflects the architectural style of China’s Tang dynasty. 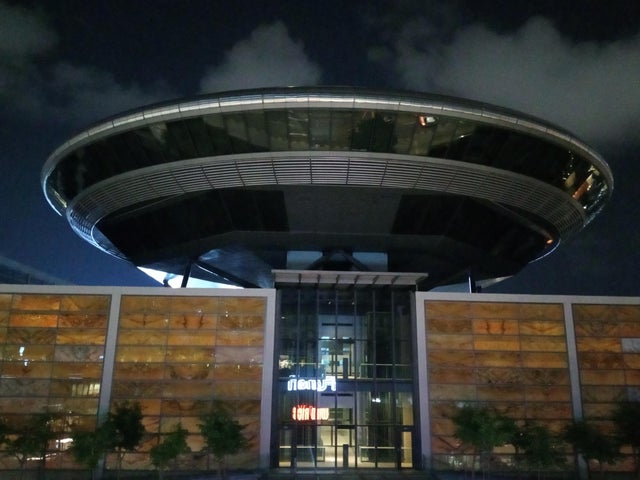 Constructed in 2005 by the world-famous British architectural firm Foster & Partners, the Supreme Court is a curious marvel with a sci-fi look. It is all thanks to the large shiny saucer-like shape on the top of the building.

Made in Brutalist style, the building sometimes gets the nickname calculator. The style was popular after World War II. It is a pragmatic concrete base with pixel-like windows.