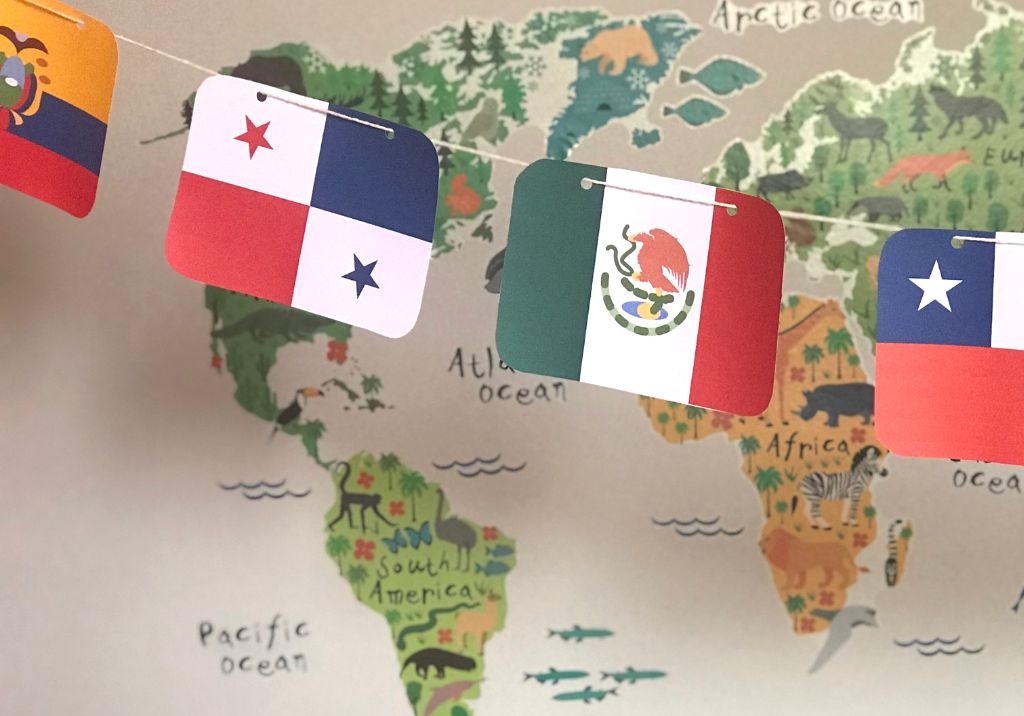 In the past decade, Hispanic people have played a major role in driving the US population growth.

As we said before, Hispanic Heritage Month began as Hispanic Heritage Week. The heritage week was established by legislation sponsored by Rep. Edward R. Roybal of Los Angeles and was signed into law by President Lyndon Johnson in 1968.

In 1988, the commemorative week was expanded to a month, starting on September 15 and ending on October 15 by legislation sponsored by Rep. Esteban Edward Torres, amended by Senator Paul Simon, and signed into law by President Ronald Reagan.

September 15 was chosen as the starting point because it is the anniversary of the Cry of Dolores, which happened on the early morning of 16 September 1810. Cry of Dolores marked the start of the Mexican War of Independence and resulted in independence for the New Spain Colony, which is now Mexico, El Salvador, Guatemala, Costa Rica, Honduras, and Nicaragua.

President George H.W. Bush was the first president to declare the 31-period as National Heritage Month and he was a sponsor of the original 1968 Hispanic Heritage Week resolution.

Before we get to the Hispanic culture facts, let’s define the word and term Hispanic. It is an umbrella term embracing a wide variety of backgrounds and cultures. Yet, nearly two-thirds of the US Hispanic population traces its family origin to Mexico and Puerto Rico.

People often mix these two terms. In some cases, they might be interchangeable, but in reality, they refer to different things. The term Hispanic refers to people who speak Spanish and/or are descends from a Spanish-speaking population. The term Latino American, on the other hand, refers to people who are from or descend from people from Latin America.

The similarity is that both people speak Spanish. Yet, we have to make the distinction that Hispanic Heritage Month celebrates the history, culture, and contribution of American citizens whose ancestors came from Spain, Mexico, the Caribbean, and Central and South America.

Many American Traditions Can Trace Their Origin To Hispanic Culture

Do you know that much of the standard American history and culture was imported from south of the border? Here are a few examples. Rodeo, cowboy hat, ranching, all these originate from Spain and Mexico.

State names like Montana, Colorado, and Nevada come from Spanish words. Even barbeque is a tradition originating from the intersection of Spanish and Caribbean traditions. The word barbecue comes from the Spanish word barbacoa.

Second Most Spoken Language In The US

More than 35 million Hispanics aged 5 or older speak Spanish at home. In the US, Spanish is the second-most spoken language. US Hispanics say it is important for future generations to learn and speak the language.

This is a famous catholic Latin American celebration. During the celebration, teenagers celebrate their 15th birthday. It is a symbol that represents the passage from girlhood to womanhood.

The party starts with a mass of thanksgiving and then all the family and friends reunite to celebrate the occasion. During the celebration, the 15-year-old girl wears a pink dress and dances with her father. Sometimes, she dances with her boyfriend.

This is a typical Mexican tradition that has spread to the US as well. Hispanic people in the US have continued the tradition. On this day, Mexican people honor the dead on the 1st and 2nd of November.

The first day is dedicated to children, called Angelitos. The second day is dedicated to adults. During the celebration, families decorate with flowers, pictures of the deceased person, and food. They wear colorful clothes and makeup to represent the dead and meet each other at cemeteries to share food.

Let’s talk about a Hispanic party. This party ornament filled with candy inside is a tradition that traces its origin to the 13th century.

In the 13th century, Pinatas had a religious meaning. They represented Satan. At the time, a Pinata was a ball with 7 cones, representing the 7 deadly sins (pride, greed, sloth, gluttony, lust, envy, and wrath).

Today, Pinatas are associated with fun. You can find them during birthday parties, but also during celebrations like Baptism.

The goal of the party is to hit the piñata with a stick while blindfolded. The candies fall and the children get them.

Sometimes this Hispanic tradition is called farolitos. It is a long-term tradition on Christmas Eve . The setting up of luminarias is followed by Midnight Mass.

A traditional luminaria is a brown paper bag, weighted by sand, with a lit votive candle inside. Visit any Hispanic town in December, and you can see this lighting everywhere. On Christmas Eve, hundreds of people wander through the golden glow of paper lanterns.

People sing this song early in the morning before the birthday person wakes up or before eating the birthday cake.

In Colombia, people sing the song during Fiesta Quinceanera. There are many versions of the song. Yet, the mariachi performance is the most popular one.

Speaking of mariachi performances, we cannot talk about Hispanic culture facts without mentioning the famous Mexican singers. They play folk music with string instruments. Dressed with white pants and peasant farmer’s shirts, Los Mariachis are there to celebrate any special event in Mexican culture.

They are famous for making a declaration of love with them. The act of romance when you have Mariachi is called Serenata. They come out to your balcony and sing.

And there is a process for the Serenata. In the first song keeps the lights off, in the second song you turn them on, and in the third song you come out to the balcony. It is a romantic gesture.

During Holy Week, tens of thousands of people in New Mexico make their way to El Santuario de Chimayo, a small village in Northern New Mexico.

The tradition is linked with generations of American Indians, Hispanics, and other people. They travel to ask for healing for themselves and others and offer prayers of petition for favors received. It is a common tradition among people of faith.

Let’s finish off our list with a traditional holiday Mexican dish. Made of corn-cased masa, steamed in a corn husk, tamales can be filled with cheese, fruits, vegetables, and meat.

At one point, they were considered sacred because they are the food of the gods. Remember, Aztec, Maya, Tolteca, and Olmeca considered themselves to be people of the corn. So, tamales played a large part in the rituals and festivals.