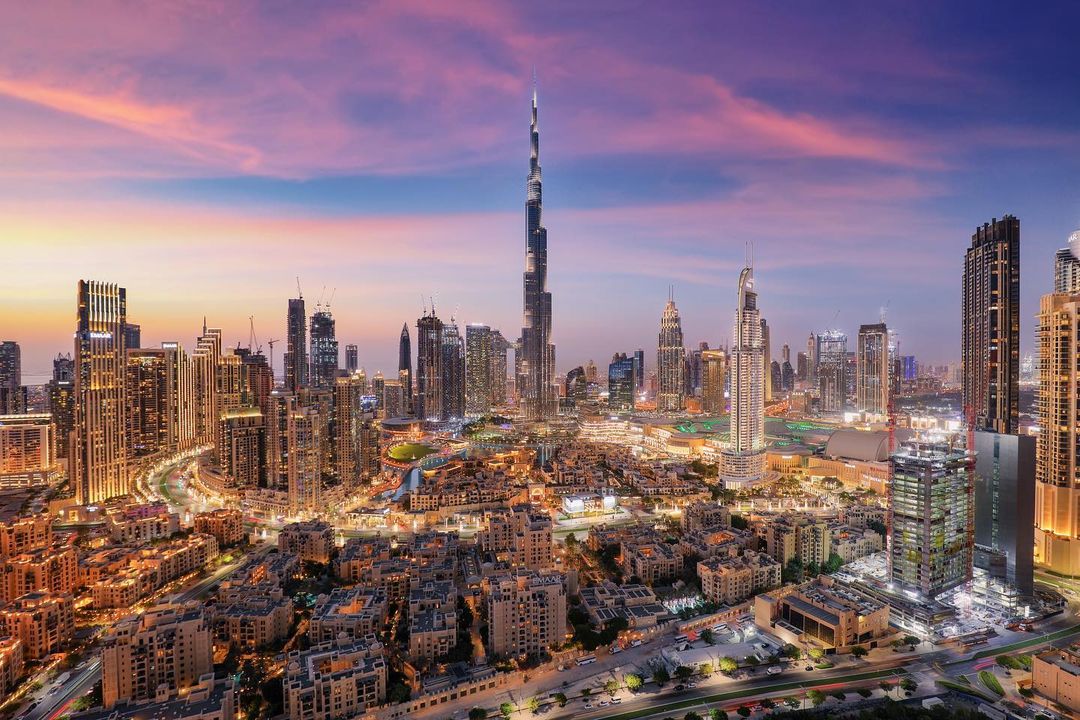 What you see in the brochures, on TV, or on the Internet of Dubai won’t desensitize you of the impact of its stunning architecture. The most popular city in the Emirates is full of modern and ambitious architectural wonders inspired by the Arabian heritage.

Starting from a fishing village in the 18th century, Dubai grew into an attractive destination, mainly thanks to its fascinating buildings. At the beginning of the 21st century, the city was one of the biggest construction sites, with almost 25% of the world’s construction cranes there. An interesting fact is that the outline of buildings in Dubai presently is longer than the one of Manhattan.

The city is a hotchpotch of architectural styles. Its designs can be divided into the original and the contemporary.

The original architecture was impacted by Iranian, Indian, and Islamic designs. It was also shaped by the climate, availability of construction materials, religious and social customs. Simplicity, functionality, and durability were its main characteristics. The first used materials were stone, palm leaves, and trunks, with mud instead of mortar. Most of the dwellings were small houses made with palm leaves called barastis.

The watchtowers, mosques, bazaars, and houses were later built from coral stones and gypsum. The Islam tradition influenced the construction of houses with courtyards. For the purpose of cooling, they were connected to wind towers.

Al Bastakiya is a historic area in Dubai representative of the original architecture.

Perhaps not many know about the Arabian wind towers or courtyard houses. From the other side, everyone has heard about the sail-shaped Burj Al Arab, Burj Khalifa – the world’s tallest building and the Islands.

Modernistic styles of Dubai’s architecture are presented with imaginative glass walls, rising spirals, and creations subtly reminding to the Arabic motifs. Building materials of the modern skyscrapers are concrete and glass, with a turn towards sustainability lately. This led to some environment-friendly developments such as solar panels and green roof-tops.

The Palm Islands are three artificial islands with a shape of a palm tree looking from above. They became a landmark of Dubai, making it a unique tourist destination, which is the main reason for their construction.

Cayan Tower, also known as Infinity Tower, is a 75-story, 306 m tall skyscraper, setting itself apart from other buildings along the waterfront with its spiral shape. Each floor rotates 1.2 degrees clockwise, turning 90 degrees in total. The concept is visually striking and, at the same time, protects the interior from direct sunlight and reduces the impact of winds.

The mosque made of white stone is designed in a style that originates from medieval Egypt. According to this tradition, it has two minarets framing an imposing central dome.

The interior of the mosque features Islam with ornaments and Arabic letters. Multiple columns support the structure from the inside.

Emirates Towers look much alike, but they aren’t identical. Being 355 and 309 meters, they were the tallest buildings in Dubai when built.

They finish with specific triangles and a spire. Specially designed aluminum panels create amazing plays of light of silver and copper.

The design of the WAFI mall complex was obviously inspired by ancient Egypt. Its central structure resembles a pyramid, and there are statues of pharaohs, sandstone dogs, and columns ornamented with hieroglyphics. Regional influences can be noticed in the bazaar inspired by XIV century Baghdad.

Dubai Opera is a charming blend of historical and modern impacts located in Downtown Dubai. The building is shaped like a wooden Arabian ship. The glass walls enable the brilliant lighting of the interior to be seen.

Unlike Emirates Towers, these twin pairs have identical designs and an exact height of 355 m. Its tree-like design symbolizes the Arabic culture. Placed on a high podium the towers give a view of the sea, Business Bay and the Burj Khalifa.

Jumeirah Beach Hotel makes an iconic figure with its wave shape and blue windows. Although the building has a sweeping horizontal form, it is 104 m tall. Every room of the hotel offers a great view of the Arabian Gulf.

Ski Dubai is proof of what money can buy, and imagination does. It is constructed above the Mall of the Emirates. The indoor ski facility has an 85 m tall mountain with slopes, a 3,000 m2 Snow Park with sled and toboggan runs, towers for climbing, immense snowballs, and an ice cave.

The Arabian Tower, Burj Al Arab, with its iconic sail shape of an Arabian ship, is 321m tall. Its night illumination makes a spectacular show of colors. The hotel has an immense atrium, the world’s largest.

The hotel resort was constructed on the artificial Palm Islands. The first impression is that it resembles the Atlantis resort in the Bahamas, with some Arabic influences. The pink coral structure combines the Arabian desert and the mysterious attraction of mythical Atlantis.

As a part of Downtown Dubai, located near the world’s tallest building Burj Khalifa, it makes one of the world’s largest shopping areas. It has an indoor aquarium and a massive waterfall.

Burj Khalifa is the tallest building in the world and perhaps the most known landmark of Dubai’s architecture. With its 162 floors, 828 m in height, it dominates Dubai’s skyline. Vertical fins accentuate its height and slenderness, including Islamic design impacts. The building rises from a white lily-shaped base.

Standing in Downtown’s Business Bay, the Opus adds volume to the one-dimensionality of Burj Khalifa, with its iconic curves. The building forms a cube with two towers merging at the atrium level and a bridge extending on the upper floors. It looks like a cube dissolving at its middle, making a tremendous glow during the sunset.

The World Islands is an archipelago of artificial islands that resemble the world map. Those are a group of small islands distant some 100 m from one another. This is a unique possibility to visit all the ‘continents’ in a single day.

O-14 is a twenty-two-story tower in the center of Dubai’s Business Bay. Its concrete shell provides column-free spaces in the interior.

Dubai’s Museum of the Future

It is the most recently opened building in Dubai, located in its financial area, and immediately announced as the most beautiful in the world. It has an astonishing architecture of refined materials, using the most modern innovations such as 3D modeling. With no internal columns, it is supported by a steel structure. The building symbolically presents humanity, the earth, and the unknown future.